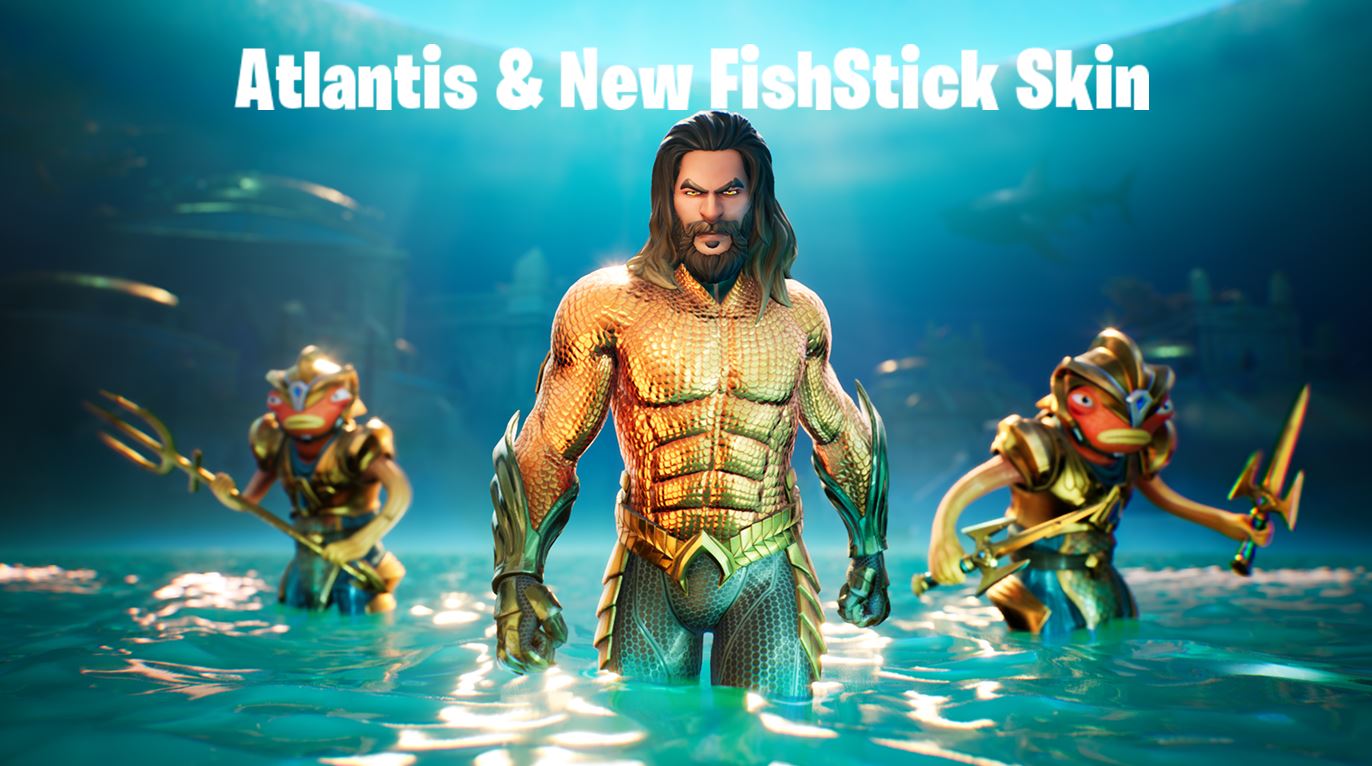 Epic Games have teased the upcoming Atlantis Aquaman Fortnite map location along with yet another Fishstick skin style.

On Saturday, Epic Games posted an image on social media mentioning Aquaman is now available to unlock for Battle Pass owners, however, the image posted provided us with a glimpse of an upcoming Fortnite map location along with a possible new style for a popular Fortnite skin.

In the v13.00 Fortnite update when season 3 launched on June 17th, popular data-miner FortTory discovered some files that hinted towards an Atlantis map location with several areas of an Atlantis location listed in the files.

Here’s the images that were leaked with no water:

As mentioned previously, there’s different areas of the Atlantis locating including chambers, falls, a garden, and a gatehouse.

Reddit user Kooooooooomar posted an image of what the Atlantis location will look like once it’s added to the game:

In the image Epic Games posted on social media, you can see parts of Atlantis in the background, especially when editing the background. Here’s a good look at what we can expect the upcoming map location to look like:

Epic also posted a similar image with the Black Manta skin. Editing the image also provides a glimpse of Atlantis.

It definitely looks like an interesting new location which we should see on the map soon, but there’s no leaks in regards to when it’ll actually be available.

Fishstick is a skin that has a total of 3 additional skin styles; Pirate, VR, and World Cup. It looks like Fishstick will be receiving another skin style soon based on the same Aquaman image Epic posted.

You can clearly see new Fishstick style in the image above, which matches the Aquaman skin. We can also see a new pickaxe that the fishstick character on the right of the image is holding.

It’s likely we’ll see both the fishstick skin style available when the Atlantis location is available. There’s no information regarding whether this will be a new skin or a free skin style for Fishstick. I guess we’ll need to wait and see, and we could get more information in the v13.30 update.