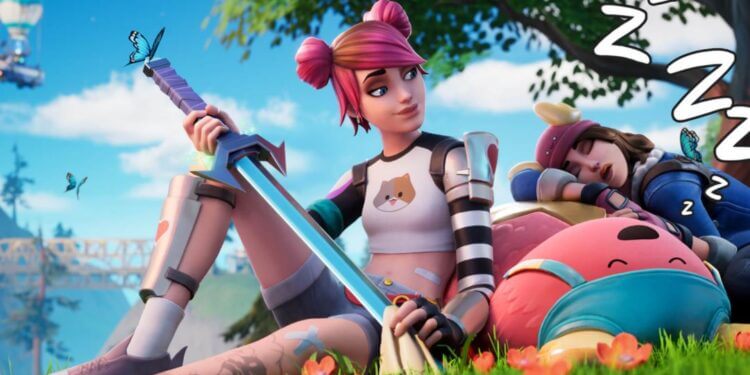 The new Fortnite Monthly crew pack subscription for August 2021 has been revealed.

The Fortnite crew pack monthly subscription was announced in December 2020 and we’ve had skins including Green Arrow and most recently, Loki in the crew pack. Each month players are provided exclusive cosmetics and sometimes Epic will throw in extra perks.

One of the Fortnite crew packs included Save the World whilst others included a three months subscription for Spotify premium.

We’ve been waiting patiently for Epic Games to reveal what the cosmetics will be included in the August 2021 Fortnite crew pack. Epic have recently announced the August crew pack, so let’s take a look at what’s included this month.

The Fortnite crew pack for August 2021 will go live for active crew members at 8 PM ET on July 31st. Until then, players can still get their hands on the Loki crew skin. Remember, the Loki skin will not be available in the item shop at a later date.

The new crew pack features the Summer Skye Fortnite skin along with the Cursed Eagleshield Back Bling, the single-wield Epic Sword of Might Pickaxe, the Mewoscles-adorned Pspspsps! Wrap, the Sahdow Mewoscles-adorned Cattitude Wrap, and the Afternoon Quest Loading Screen.

Here’s a look at all of the cosmetics:

The Summer Skye skin is actually a concept made by “NolloBandz”. It was originally called “Ava” and data-miners thought it would be available in the item shop, but Epic decided to include it in this months Crew pack.

As with all crew packs, players will also get 1,000 V-Bucks and the Fortnite season 7 Battle Pass if they don’t have it already.

We’re getting quite a lot of cosmetics in August 2021 crew pack and it’s not another collaboration this time. Let us know your thoughts on this crew pack. Will you be picking it up or skipping this month? Let us know in the comments section below.