Fortnite Bandage Bazooka Disabled – Where is it, When will it return and how to do I complete challenges 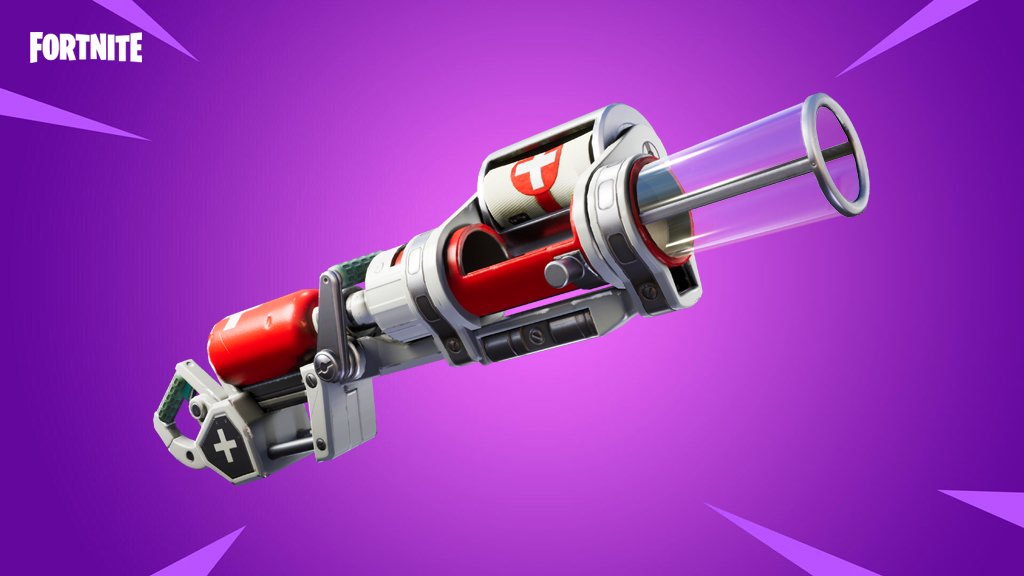 The Bandage Bazooka was disabled a few days ago but is yet to return. Here’s what you need to know including when it’ll be back in the game.

In the past, Epic have disabled several weapons and items, some of which have been disabled/removed within hours of the item being added to the game due to bugs or glitches with the item.

The Bandage Bazooka was added at the start of Fortnite Chapter 2. It’s the very first healing weapon and is of Epic rarity. It shoots bandages that will heal a player for 15 HP all the way up to 100 HP whereas normally bandaging only allows players to heal up to 75 HP. It has a ammo size of five which slowly replenishes over time. You can also heal yourself if shooting face the ground or a wall and shoot at it. The Bandage Bazooka takes up two slots, the first item to do so.

Epic tweeted on the Fortnite Status Twitter account five days ago that the Bandage Bazooka has been disabled from core, competitive, and playground playlists, so basically all of them. The reason for it being disabled is due to syncing issues caused by the item. It’s important to note that it hasn’t been vaulted and will make a return once the issues have been ironed out.

Epic stated they will provide an update when the issue has been resolved. Once resolved, it’ll be enabled in all game modes. It’s likely we won’t see the Bandage Bazooka return until next week’s v11.20 Fortnite update.

There’s been a number of complaints about players not being able to complete the several challenges that requires the use of the Bandage Bazooka. However, it’s extremely unlikely that these challenges will be auto completed as the item will eventually be added back and there’s still just under a month of chapter 2, season 1 remaining.

You’ll have to wait until it’s enabled in order to complete challenges such as the heal a teammate with a Bandage Bazooka while wearing the Remedy outfit which will unlock the Remedy skin style called Toxin.

As soon as Epic provide an update on the availability of the item, we’ll be sure to let you know.