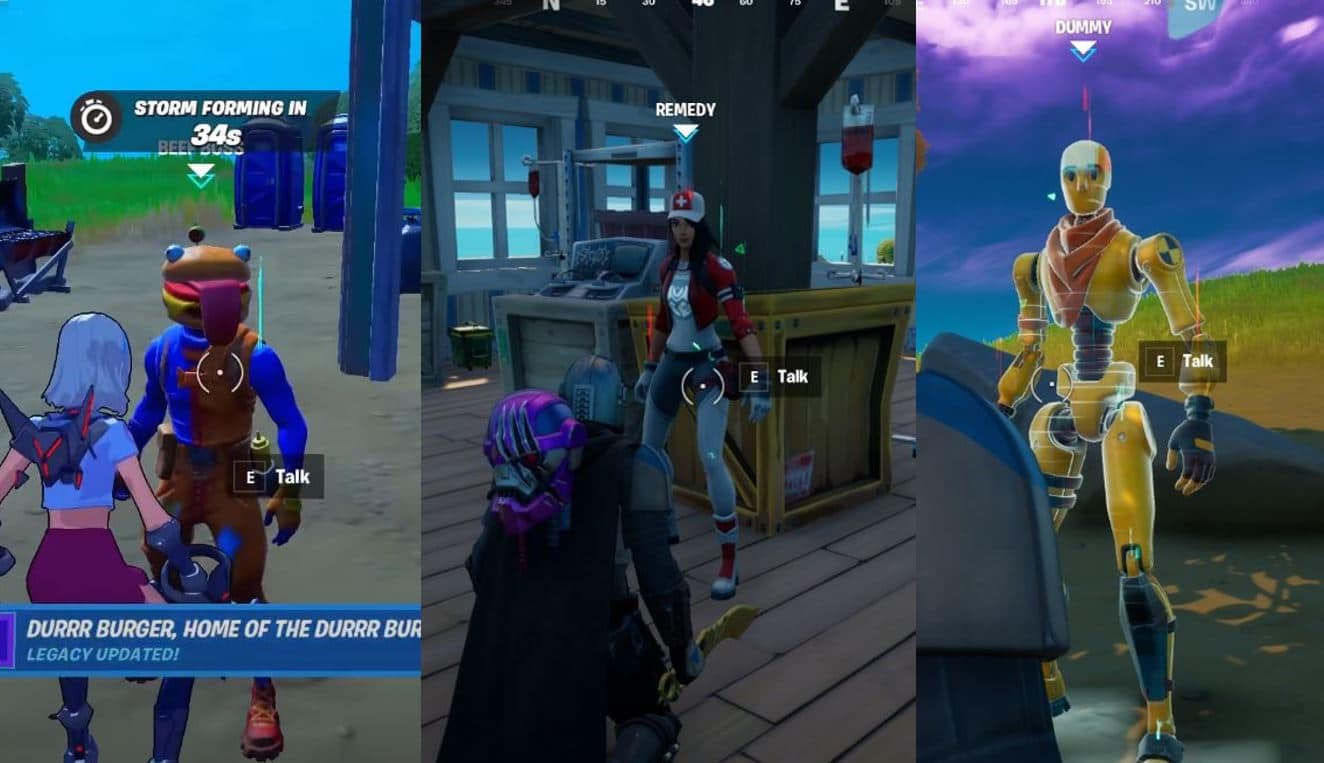 There are new Predator Quests in Fortnite Battle Royale, one of which requires you to talk with Beef Boss, Remedy and Dummy. Here is where you can find these characters.

Epic are always making changes to Fortnite Battle Royale to keep it interesting and one of the changes made in the v15.20 update released earlier today is that new Quests/Challenges were introduced. These are called the Predator Quests and there are a total of four quests to complete so far.

The second quest requires you to talk with Beef Boss, Remedy and Dummy. We have shown the exact location of all these characters to help you to complete this challenge as quick as possible.

The description for this challenge reads, “Heard the others’ve been seein’ some weird stuff. You should ask ’em.” For this challenge, you will simply need to visit these three characters and interact with them in order to complete it. All the locations for Beef Boss, Remedy, and Dummy can be found below.

Where is Beef Boss on the Fortnite Map?

Beef Boss can of course be found by the Durrr Burger Food Truck, but this is not a named location on the map. You will find Beef Boss on the hill located southeast of Stronghold. The exact location has been marked on the map below:

Once here, you will need to talk to him in order to complete part of this quest. If you haven’t been to this area before, you will also unlock the “Durrr Burger, Home of the Durrr Burger” Legacy.

Where is Remedy on the Fortnite Map?

Remedy can be found in the house on the hill located northeast of Pleasant Park, with the exact location marked on the map below:

Again, you will simply need to talk to Remedy in order to complete the second part of this quest.

Where is Dummy on the Fortnite Map?

Dummy is the last character you need to talk to in order to complete the challenge. Dummy can be found north of Pleasant Park by a truck and some rocks. It is actually near the Durrr Burger Truck, just south of it. The exact location has been marked on the map below:

Once you have spoke to Dummy, you will have completed this Quest.