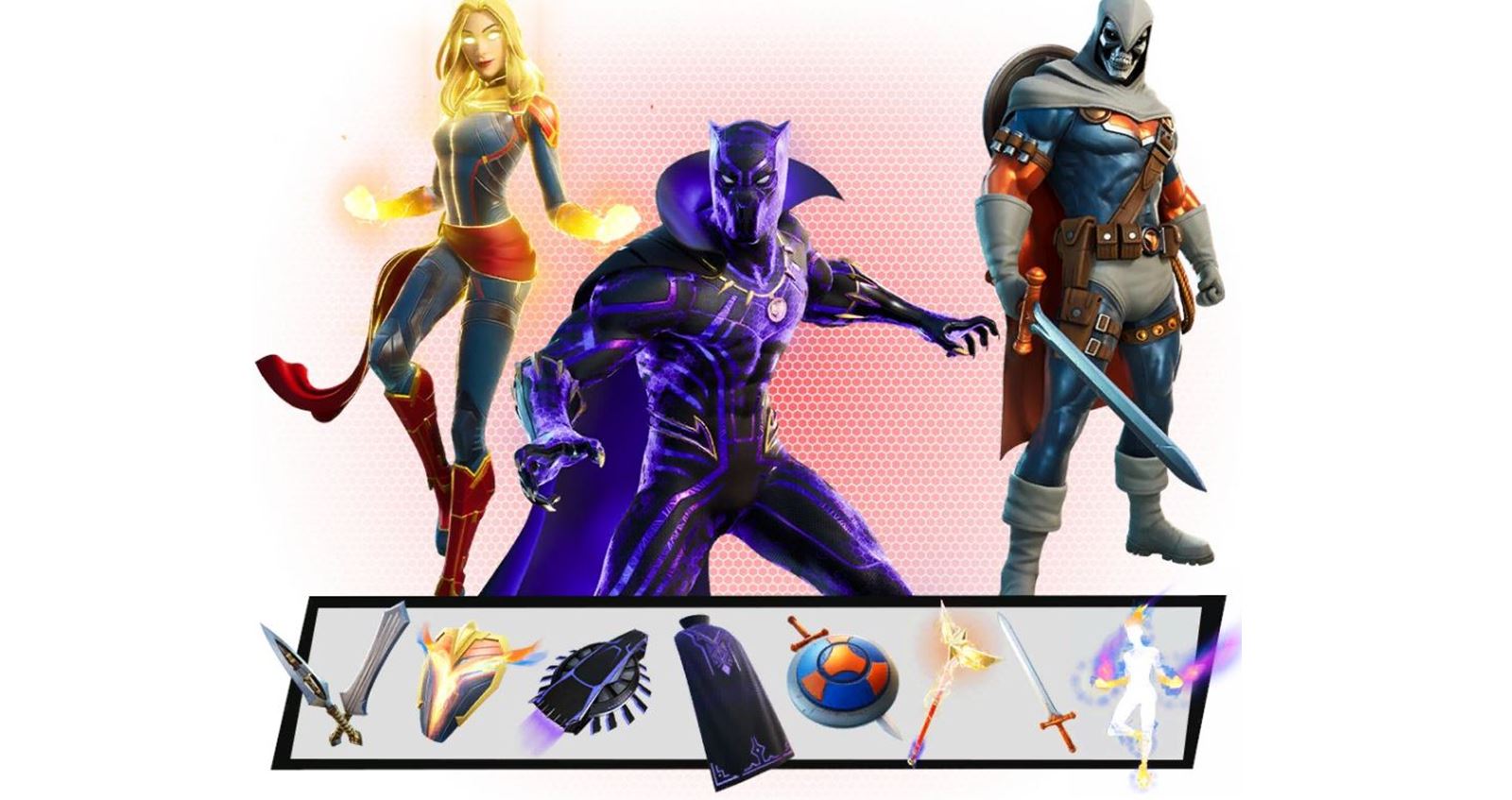 All of the Fortnite Marvel Royalty and Warriors pack cosmetics have been leaked ahead of today’s item shop reset.

In the v15.10 Fortnite update, data-miners leaked several Christmas skins and other cosmetics. The Frost Legends pack was leaked that’s yet to be released. The pack will include Snow Drift, Snowheart, and Frost Broker.

Data-miners also managed to leak the Black Panther, Captain Marvel, and Taskmaster Fortnite skins. The skins were encrypted, but a mistake from Epic Games allowed data-miners to leak the encrypt the skins.

A portal for the Marvel pack was decrypted a few days ago and was live in-game on December 19th. Epic Games put out a teaser for the Marvel Royalty and Warriors pack yesterday as shown below.

All the skins, pickaxes, and gliders in the Marvel Royalty and Warriors Fortnite pack have now been decrypted and leaked by data-miners. Lets take a look at the cosmetics.

“The rightful king of Wakanda.”

“Dark as night and woven with vibranium thread.”

“She’s vowed to always use it for good.”

“He knows your every move.”

“Modeled after The Ebony Blade.”

“Picked this one up from Rogers.”

Here’s a look at the featured images for the pack, it looks like Black Panther and Captain Marvel come with an additional style.