Fortnite Blaze Character Location: Where and How to get Exotic Dragon’s Breath Sniper Weapon 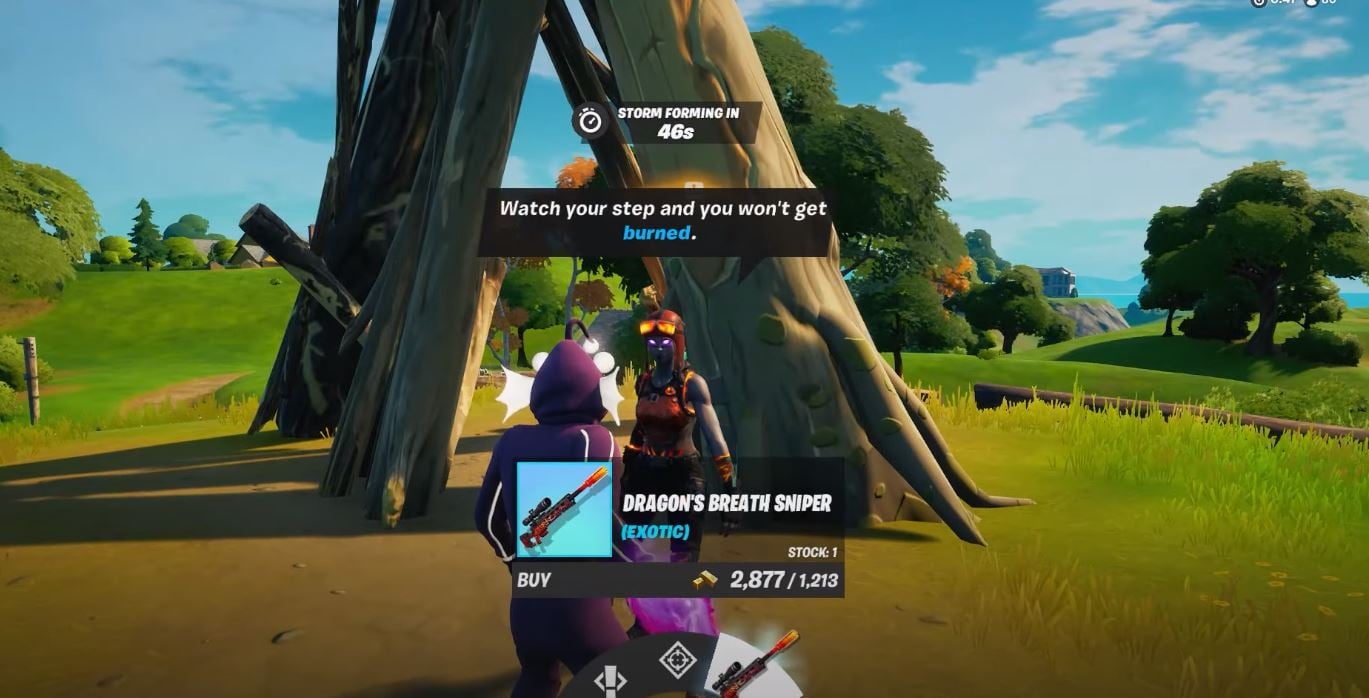 Blaze was added as an NPC (character) in Fortnite today and you can get the Exotic Dragon’s Breath Sniper weapon from her. Here’s where to find her.

Epic Games added in NPCs (Fortnite characters) at the start of the season. Characters in Fortnite provide players with the chance to upgrade their current weapons, purchase weapons, intel, or get bounty contracts.

Purchases can be made with gold bars which can be gained as floor loot, eliminating players, chests, breaking certain objects, and completing bounties successfully. Certain NPCs in Fortnite provide players with the chance to get exotic Fortnite weapons.

We already have a number of different exotic Fortnite weapons including the boom sniper rifle and the storm scout sniper rifle. These can only be purchases from certain NPCs around the Fortnite map and each exotic weapon either has better stats than what you can find around the map, or have a small ability like dealing fire or explosive damage upon impact with your opponent.

Prior to today’s v15.10 Fortnite update going live, Epic Games sent out an email to content creators highlighting what would be added in the update. They mentioned Blaze has been added and is equipped with an Exotic-class weapon for sale, the fiery Dragon’s Breath Sniper. In order to combat the heat, chilly armaments have been added to the map alongside Blaze.

Here’s everything you need to know about the Dragon’s Breath Sniper rifle.

Where to get Dragon’s Breath Sniper Fortnite Locations

You can’t get the Dragon’s breath Sniper as floor loot, from chests, supply drops, or bosses. You’ll need to purchase the Dragon’s Breath Sniper rifle from the new Blaze Fortnite character.

Similar to a number of hard to find NPCs, Blaze can be found at two locations. If she spawns at one location, you won’t find her at the other spawn location. Blaze will either appear at Pristine Point or Timber Tent.

Timber Tent can be found between Sweaty Sands and Holly Hedges, and here’s the exact map location:

Pristine Point is all the way on the north east side of the map. You’ll usually find her in or around the grey house. Here’s the Blaze Pristine Point map location:

How much does the Dragon’s Breath Sniper Cost?

The Dragon’s Breath Sniper will cost you 1,213 gold bars, so be sure you have enough before dropping there as there’ll likely be a number of players trying to find Blaze and purchase the new sniper.