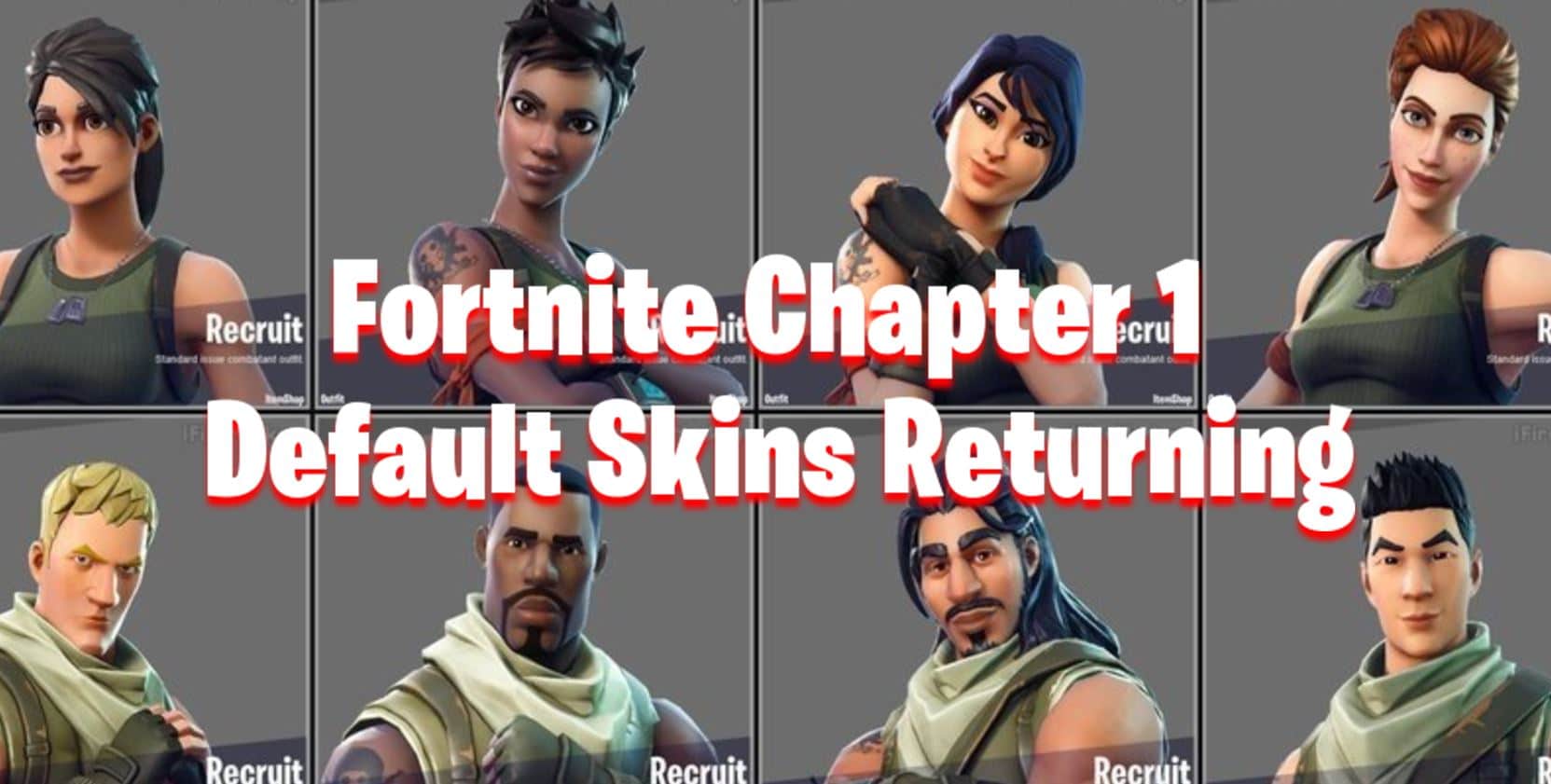 It looks like we’ll be getting Fortnite Chapter 1 “OG” default skins in the near future.

Ghost Rider was teased in a tweet by Epic and the Ghost Rider cup is confirmed for this Wednesday, November 4th. Players have the chance to get the Marvel skin for free before it’s available in the item shop.

Epic also stated that Fortnite will be available at launch for both the PS5 and both Xbox Series consoles. It’ll run at 4K 60 FPS on both consoles expect for the Xbox Series S, which will run at 60 FPS at 1080P.

The blog post also mentioned that players will be able to get their hands on the OG default pickaxe that was available to players in Fortnite Chapter 1. Players can get it for free, but there’s no information provided in regards to how players can get it expect for PlayStation players.

On the Tweet on the official Fortnite Twitter account that linked the blog post to information on Fortnite on next gen, a player replied to the tweet stating “one day we’ll get the Chapter 1 defaults back”. We’ve seen thousands of these replies since the launch of Chapter 2 that went unnoticed by Epic Games until today.

The Fortnite Twitter account replied back simply saying “soon” with the eyes emoji. We’ll likely see more information from Epic regarding this, but it’s pretty much confirmed the Fortnite chapter 1 default skins will be making a return.

Obviously we have no further information so we don’t know how exactly they’ll come back. Perhaps players will be able to purchase it in a bundle, or Epic might provide them for free possibly to those who play on a next gen console. It’s all guesswork at the moment, but I’m sure there’s plenty of players happy that the “OG” default Fortnite skins will be making a return soon.

They’ll obviously be receiving an update to make them look better than they did in chapter 1. Here’s a look at the default skins for those that forgot or started playing after chapter 1.

Let us know in the comments section if you’re excited for the return of the OG default Fortnite skins.