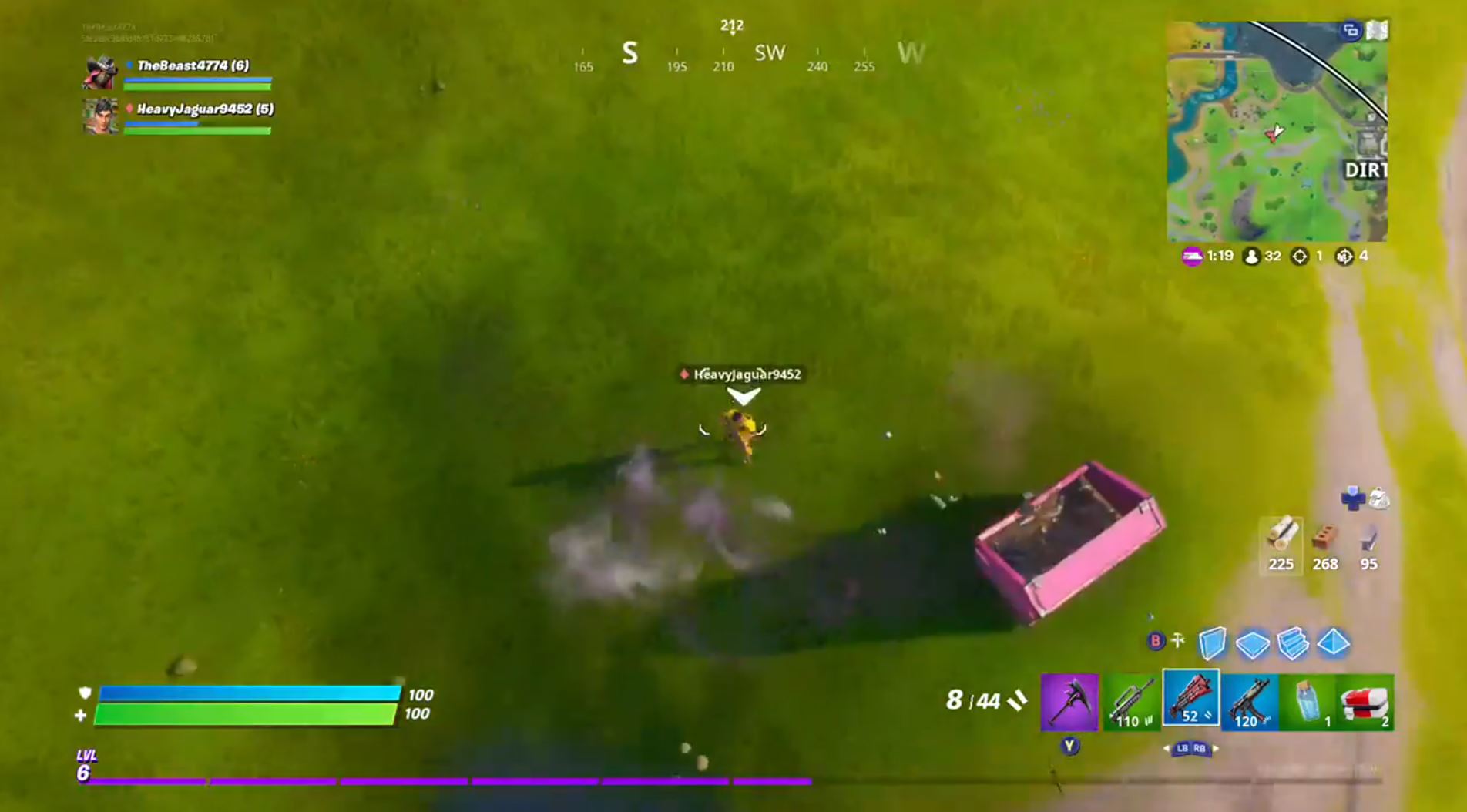 There’s yet another bug in Fortnite Chapter 2 that is causing players to fly and fall to their death.

Since the launch of Fortnite Chapter 2: Season 1, there have been a handful of bugs and glitches, some of which Epic have recently addressed.

One of the most troublesome glitches was at Slurpy Swamp. Players could stay in the swampy water, which provides health and shield, all game by placing a wall and running into it.

YouTuber Seyager was one of the first to discover the glitch and stated “if you run just in the border of the healing zone, the game thinks you’re constantly entering the water”. The glitch was fixed yesterday with Epic putting out the following tweet:

There have been other bugs in the game including players constantly being granted 2,000 XP for visiting the four bridges on the new Fortnite map. This has also been fixed as well as a glitch that causes players to go under the map after jumping into hay.

Reddit user Bigdog-475 has discovered yet another bug and has posted a clip of it on Reddit. The bug causes players to turn into a shadow/dementor form when jumping into a dumpster. Players are then sent uncontrollably flying into the air before they are sent crashing back, falling to their death or DBNO (down but not out).

So hiding in a dumpster turned me into a dementor? from FortNiteBR

An Epic employee replied to the Reddit post thanking them for sending the report over and stating that they’ve sent it to get the bug looked over. We can expect a fix for the bug pretty soon.

Have you experienced any other bugs or glitches that are yet to be fixed in Fortnite Chapter 2? Let us know in the comments section.