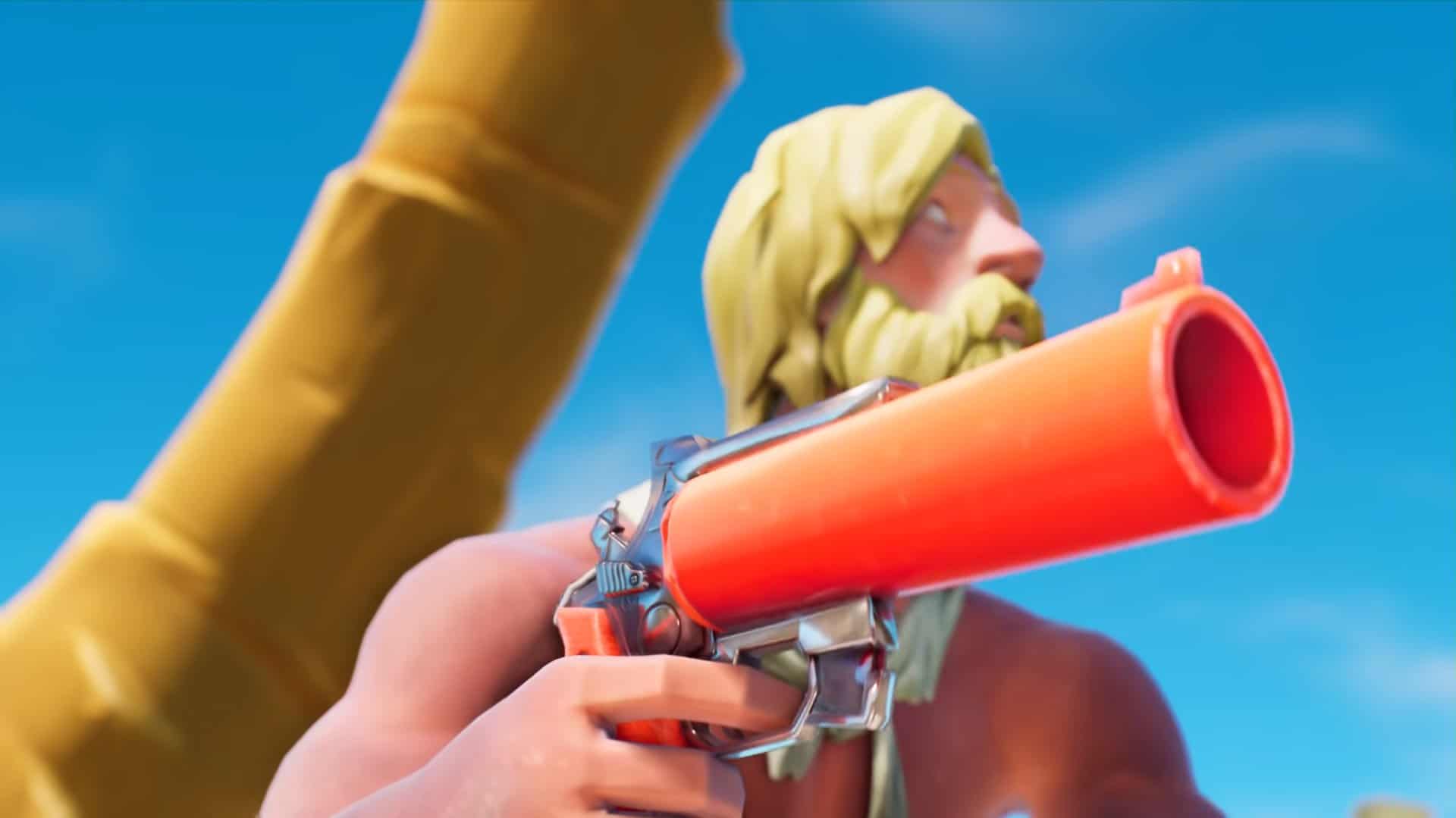 New leaks have emerged for Fortnite Chapter 2 Season 3 including the introduction of the flare gun.

Earlier in the day, PlayStation accidentally leaked Fortnite chapter 2 season 2 by updating the icon for Fortnite. The icon for Xbox and PlayStation usually update during downtime, however, it was updated more than a week prior to the start of season 3.

Now, it looks like we have some more leaks for Fortnite season 3. Data-miners have recently posted some new leaks gathered from YouTuber Tabor Hill. According to the leaks, we can expect the island to be flooded with water and a brand new weapon.

The leaks stated that as Fortnite season 3 progresses, the water that’s flooded the island will slowly sink. After a while, there will be more land to stand on. It’s quite an interesting leak as it seems like there won’t be too many landing spots that aren’t above the water at the start of the season.

We’ve never had leaks this early for a new season, we’ve only seen the Battle Pass skins leak hours before the servers go down for maintenance in order to prepare for the new season.

With the season still more than a week away, it’ll be interesting to see if there’s any other leaks that emerge before season 2 ends.

As with all leaks, there’s aren’t confirmed by Epic Games and there’s a chance the Flare Gun won’t be added in season 3. Having said that, all signs seem to be pointing towards the Fortnite chapter 2 map being flooded.

Be sure to turn on website notifications so you don’t miss any of the build up!