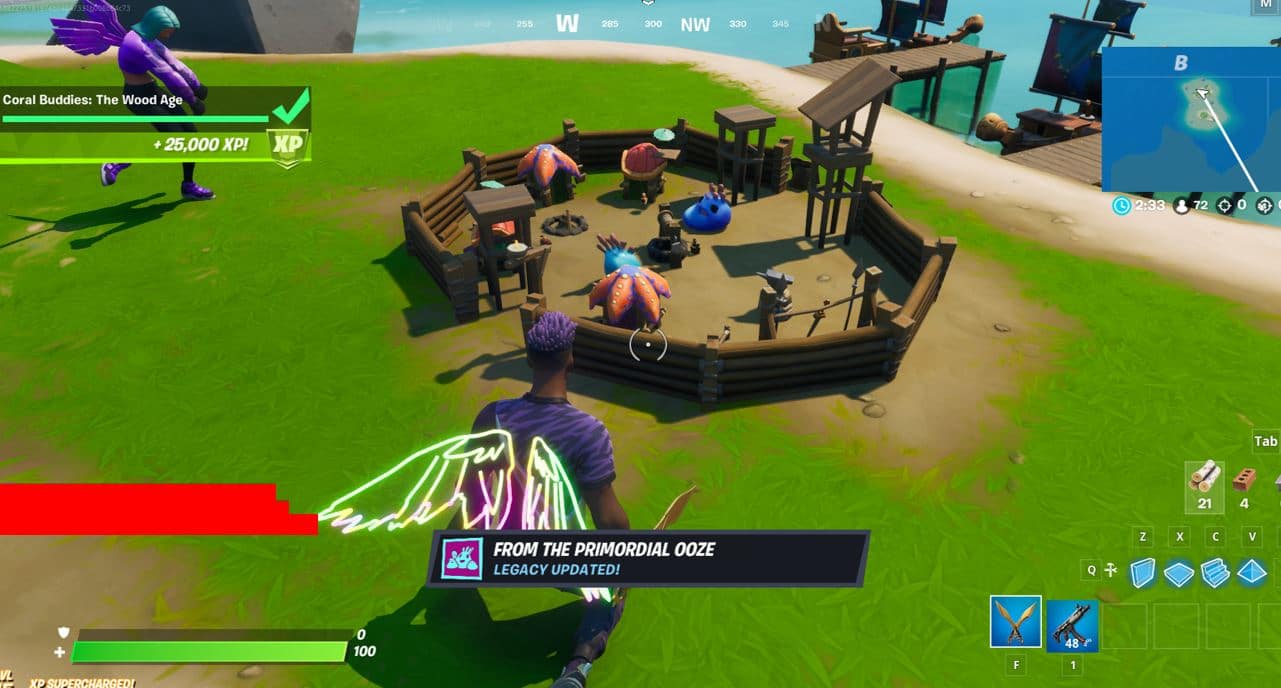 There is a secret mission you can currently complete in Fortnite Battle Royale where you can earn free XP for completing it. Here is how and what you will need to do to complete the secret mission.

Last Season of Fortnite Battle Royale, Epic had added Secret Missions for players to complete which would grant you extra XP. This was very helpful last season as the XP you would earn from weekly challenges had been reduced and many players needed more XP to unlock the gold versions for the Battle Pass Skins.

This season, there are only seven weekly challenges per week, and upon completion, players will be granted 35,000 XP for each challenge. The challenges have been quite easy and straightforward to complete so far, but some players want to level up in the Battle Pass as quick as possible. Luckily, Epic have decided to continue with the Secret Missions this season and completing them will grant you with some XP.

In the v13.20 Fortnite update that took place earlier today, there were a few map changes that were made, one of which was a new small island appearing on the map. This new island can be found at B1 on the grid, which we have shown on the map below:

When you land on the island, you will see the Coral Chorus have found a new home, but in order to build their home properly, they will need 100 wood. There are quite a few trees on this island, plenty for you to harvest enough wood to give to the Corals.

As soon as you have given the Coral Chorus the wood, you will see that their new home will be built and you will receive a notification that you have complete the Coral Buddies: The Wood Age Challenge. You will also be awarded with 25,000 XP for completing this Secret Mission.

As you can see from the image, you will also be awarded the “From the Primordial Ooze” Legacy/Achievement. This is the only Secret Mission to be added in the v13.20 update and unlike last season, it looks like you will be able to complete this mission at any time before the end of the season.