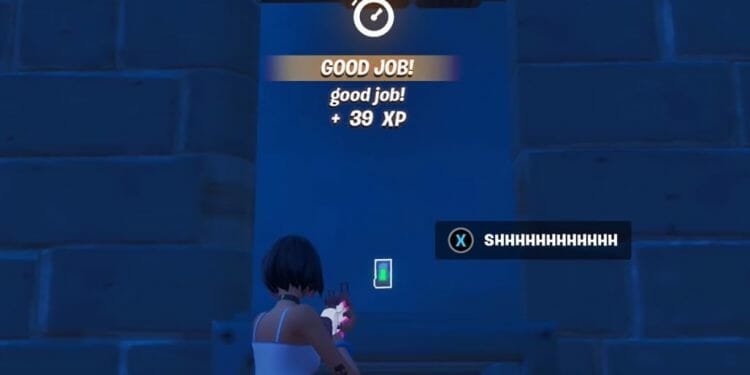 Players are looking for the best ways to level up fast in Fortnite chapter 3 season 3. Here are some XP map glitches that seem to be working for AFK XP.

Fortnite chapter 3 season 3 launched yesterday with the previous season concluding after the Collision live event. The game was unplayable after the event with a “to be continued” screen preventing players from joining a game.

More than ten hours later, the servers finally came down for maintenance, and at the same time, Epic Games release the gameplay and cinematics trailers for the new season.

As expected with a new season, there are a number of new map changes, features, weapons and items, and a brand new Battle Pass to get through.

When a new season launches, players are looking to level up as fast as possible to unlock all of the available rewards. Once all the standard cosmetics have been unlocked, the next goal for players is to unlock the super styles.

How to Level Up Fast in Fortnite Chapter 3 Season 3

Data miners have revealed that the amount of XP required to reach the next level has increased this season. That’s not much of a surprise considering this season will be more than fourteen weeks long.

For that reason, players are looking at the fastest way to level up in chapter 3 season 3. Completing the daily and weekly challenges is one of the best ways to level up fast along with opening chests and ammo boxes, and completing milestones.

However, that’s not enough for most players, especially those who are looking to unlock all the super styles when they’re available. That’s where the Fortnite creative XP map glitches come into play.

Throughout a season of Fortnite, there are a few working XP glitch maps in creative, and this season is no different. It can be quite difficult to find the ones that actually work with most of the videos posted on YouTube being fake. However, we’ve spent a bit of time finding the best working AFK creative XP glitch maps.

Here are the codes for working Fortnite creative XP glitch maps that seem to be the best for leveling up fast in season 3: