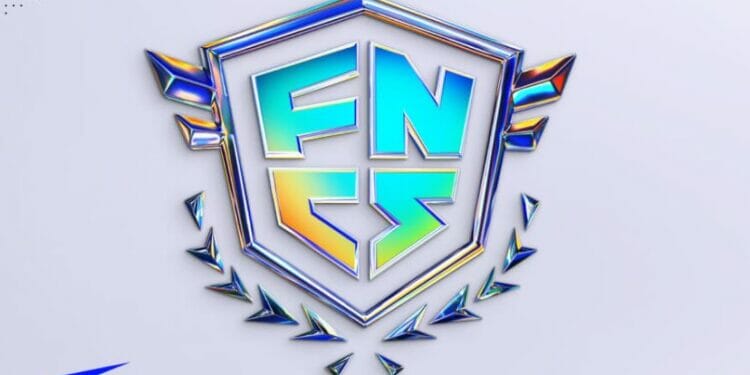 Epic Games have released information for Fortnite FNCS competitive in chapter 3 season 1 including the start date and prize pool.

Although Epic host news tournaments fairly often, including tournaments that provide players with a chance to get free cosmetics, the top competitive players wait for the announce of FNCS for the new season.

We now have all the information we need for the FNCS for Fortnite Chapter 3 season 1 including how to qualify, the tournament format, the start date, and the prize pool per region.

The Qualifiers have the same number as last season, but in the new Duos format. The number of teams that can directly qualify to the finals has been increased. The top eight teams from each qualifier will progress directly to the finals.

The Semi-Finals for FNCS chapter 3 season 1 is slightly different this season. For the sessions, you’ll either need to win a game, or be on eof the top six most consistent teams during the session in order to cement your place in the finals.

Session two is filled with the 51st-61st teams on the leaderboard and it’ll run for five games with eleven teams advancing. The third session is the 62nd-72nd teams and will span six games and twelve teams will advance. Here’s a breakdown:

Here’s the format for the run to the FNCS C3:S1 finals: 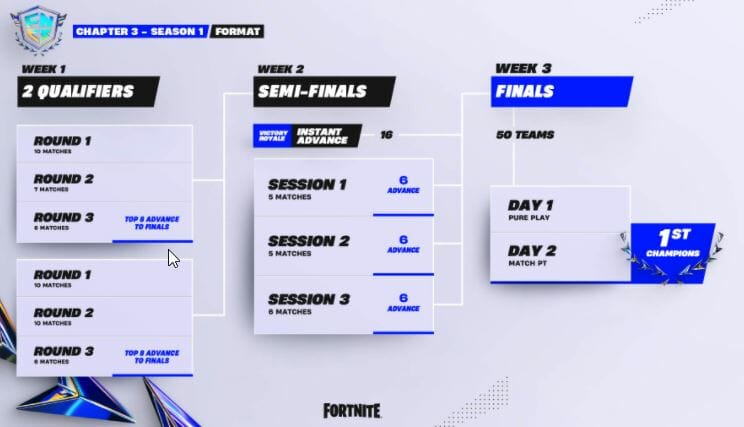 The Finals are similar to what we’ve seen previously, but a team can end the competition early by earning a total of five hundred points and three Victory Royales. Once a team has met the thresholds, they’ll be crowed FNCS champions. If no team meets this once twelve games have concluded, the finals will play out the same as previous seasons.

Match point will be a challenge to earn, and will be rewarded for a completely dominant performance.

Here’s a breakdown of the FNCS Fortnite Chapter 3 Season 1 finale prize pool for each region with a total of $3,008,500 on the line:

You can take a look at all of the Chapter 3 Season 1 FNCS rules here.

All players can participate in the FNC Community Cup on February 28th. It’s a Duos event and each team will have a total of ten games across three hours to earn as many points as possible. The top teams in each reigion will receive the FNCS C3:S1 Champion Outfit along with the Winner’s Mark Back Bling.