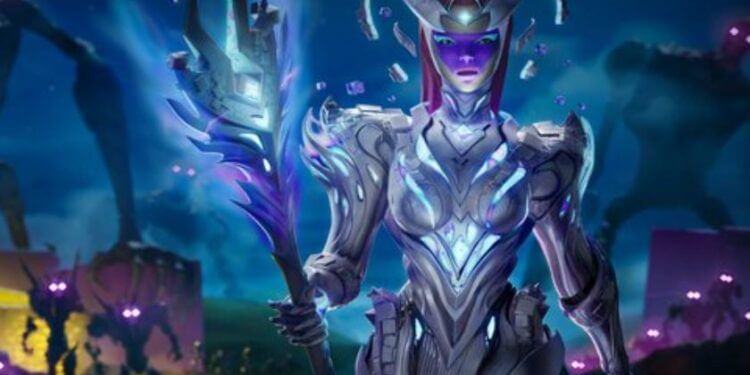 Here’s everything you need to know about the Cube Queen and Cube Town in Fortnite.

We’ve had two major Fortnite updates in a row. Epic Games released the v18.20 update last week and today, Epic released v18.21 which introduces the next phase for Fortnitemares 2021.

The Fortnitemares challenges will go live later today along with other NPC punch cards. Completing the challenges will provide players with free cosmetic rewards including a pickaxe and a wrap.

The Fortnitemares challenges and rewards isn’t the only new content we’re getting today. A new location on the map, Cube Town, also known as The Convergence, has been added to the map along with the Cube Queen. Here’s everything you need to know about the two new pieces of content.

The Cube Town Fortnite POI is actually called The Convergence in-game. It’s found in the middle of the map and you’ll find a bunch of cubes stacked around the gold cube. The floor acts as a jump pad along with other highlighted cubes on some of the stacks. Here’s what it looks like in-game.

The Cube Queen in Fortnite can be located above Cube Town in a golden shield. However, it doesn’t look like you can attach the Fortnite Cube Queen at the moment.

There’s no information from data-miners yet, but it’s likely she’ll become a boss as time progresses. Here’s what she looks like in-game:

The Cube Queen is likely the secret skin for Chapter 2 Season 8 and has been added as a cosmetic along with additional styles today. The secret skin will be available to unlock in nine days along with the styles, but there’s no information as to how players can unlock her. If there are any updates on the Cube Queen activating in-game, we’ll update this article.