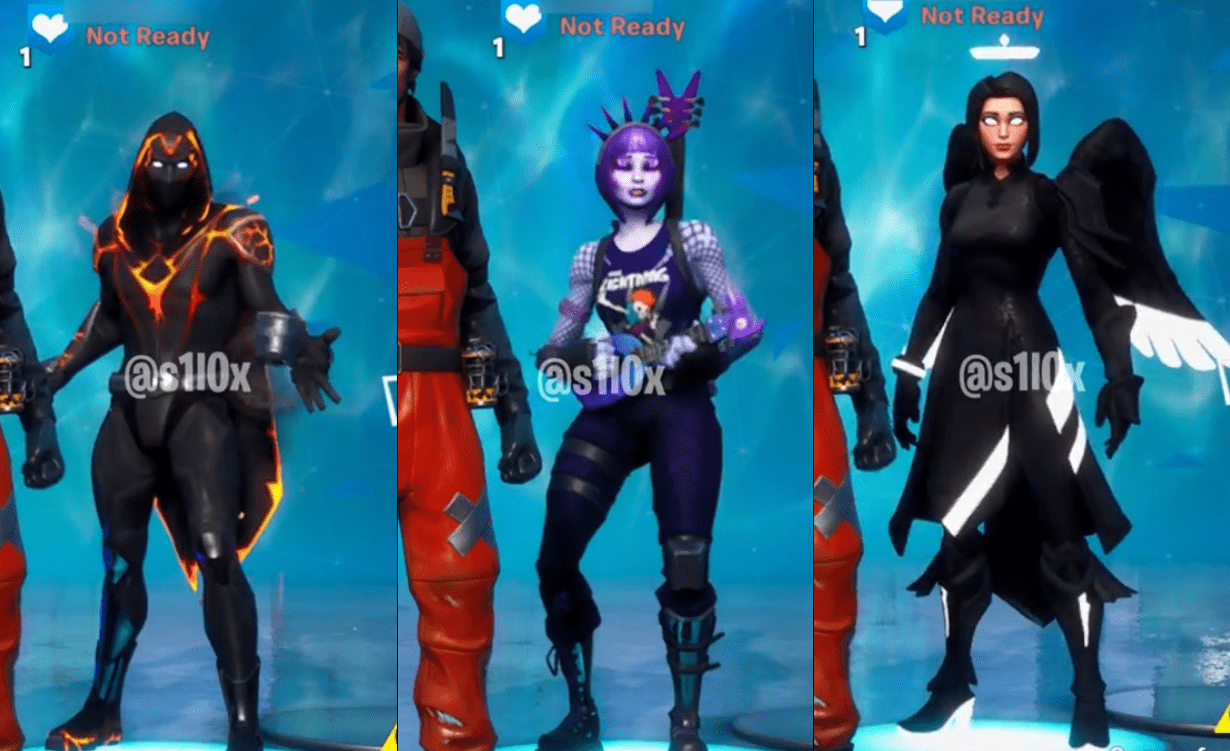 Data-miners have now leaked the Fortnite Skins and Back Blings for the upcoming Darkfire Bundle in-game.

Epic Games are always releasing new Fortnite cosmetics, which can be purchased in the Fortnite Item Shop or bundles that are available in-store for players to purchase. The cosmetic bundles that can be found in-store are usually only available for limited time and once they are removed from the store, they do not return.

There have been many different bundles that have been available to purchase in the store and there is a bundle that players can currently pre-order on Game.co.uk called the Darkfire Bundle. You cannot see the cosmetics that come with the Bundle, but it does state what would be included, as can be seen below.

Data-miner @s1l0x has managed to leak all of the Skins and Back Blings that will be available in this bundle in-game, all of which can be seen below.

The Darkfire Bundle will have a Dark Power Chord Skin, which comes with the Dark Six String Back Bling. These cosmetics can be seen in the video below:

The Shadow Ark Skin is another cosmetic that will be available in this bundle and it comes with the Shadow Ark Wings Back Blings, which can be seen in the video below:

The final Skin in this bundle is the Molten Omen, which will come complete with the Molten Battle Shroud Back Bling, seen in the video below:

All of these Skins and Back Blings are of Legendary rarity and the GAME listing shows that there will also be three Pickaxes, three Wraps and an Emote that will be available in the bundle as well.

You can currently pre-order the bundle on Game.co.uk and on Amazon.com for PS4, XBOX ONE and Nintendo Switch. The actual release date of this bundle is on the 5th November.

Will you be purchasing this bundle? Let us know in the comments section below.