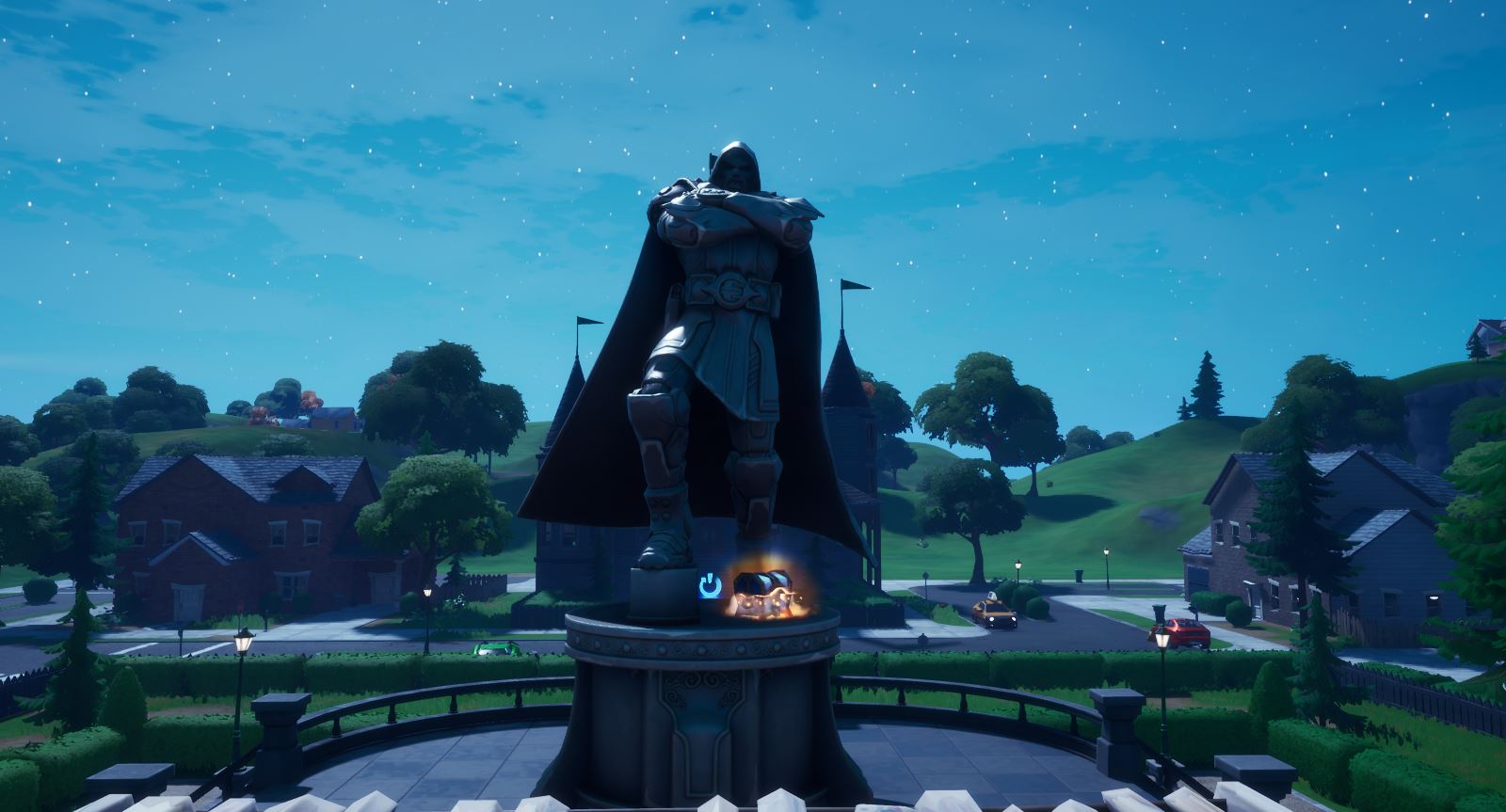 For Doctor Doom, the Victory Von Doom emote that summons a large throne for players to sit on. It’s probably one of my favourite emotes and it’s locked behind three awakening challenges. 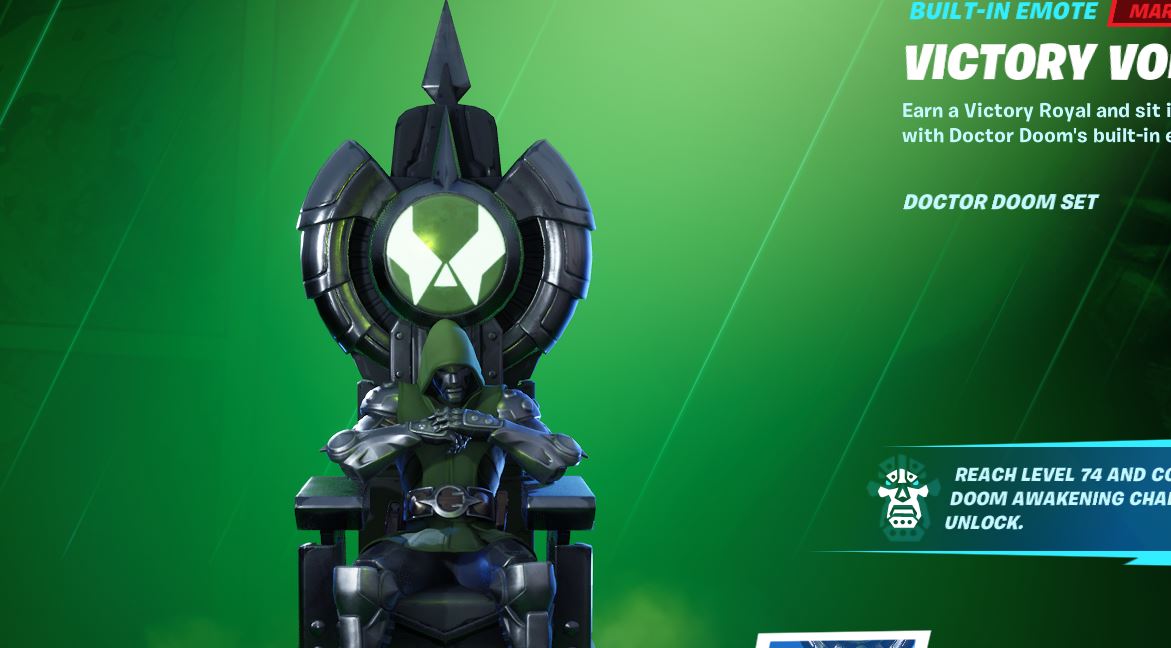 We’ve created a quick guide on where to find Doctor Doom’s statue in Fortnite.

Where is Doctor Doom’s Statue in Fortnite?

When Fortnite Chapter 2 Season 4 launched, there were a number of map changes. One of the biggest changes was Pleasant Park being changed to Doom’s Domain with a number of changes.

You’ll find Doctor Doom’s statue located in the middle of the Doom’s Domain named location as marked below:

It’ll be hard to miss the statue if you’re coming into Doom’s Domain or dropping down from the battle bus. Here’s what Doctor Doom’s statue looks like in-game:

Remember to select the Doctor Doom skin if you’re not currently using it or else you won’t complete the challenge and you’ll have to visit the statue again.

Once you complete the challenge, you’ll unlock the final challenge which is to emote as Doctor Doom during a Victory Royale. Here’s a quick tip on how to complete that challenge.

Emote as Doctor Doom during a Victory Royale Fortnite Challenge

The best and easiest way to complete the emote as Doctor Doom during a Victory Royale is to jump into a team rumble game. When you win, which shouldn’t take too long in team rumble, emote when the Victory Royale image appear on the screen.

As soon as you do this, you’ll unlock the Victory Von Doom emote and that’s the emote you’ll perform when you emote during a victory royale when completing the final awakening challenge.