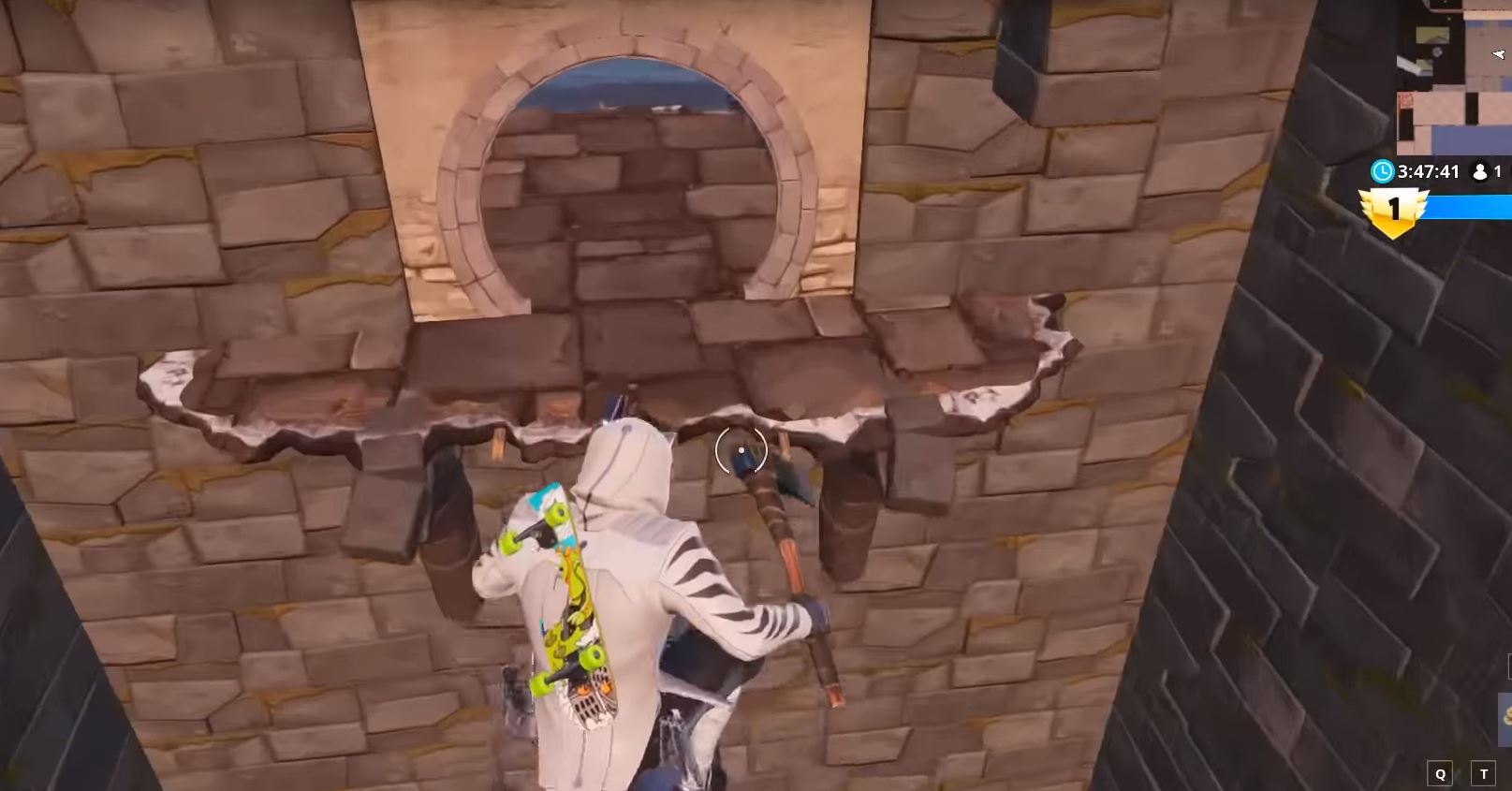 The Downtown Drop is the collaboration that Epic teased with Michael Jordan’s Jumpman. Two skins were released, Grind and Clutch, both of which are purchased together in the Hang Time set. Two new challenges were being released at the start of the collabortation, but as we’re getting closer to the end of the collaboration, Epic are now releasing the remaining challenges one at a time.

There are three ways to get into the sewers on the Downtown Drop map, all of which a re considered hidden shortcuts. The first sewer can be found on the first slope on the map when first dropping down when the game begins. There’s a crack in the road on the left hand side, which then leads to a sewer hole. Entering the sewer hole and coming back out further on the map will count towards this challenge.

You’ll find another sewer hole on the same slop as the elevated train. You’ll see the sewer hole in the middle of the road as shown below:

Another hidden shortcut you can find is after the first corner of the map. On the right hand side, you’ll see a yellow rail and stairs leading below ground, which will take you to some kind of room/shop. Follow the shortcut all the way and you’ll come back out in front of a burst water pipe.

There’s probably one or two more shortcuts that you can take, however, you only need to find 2 shortcuts in order to complete the challenge.

Here’s a video on some of the hidden shortcuts: