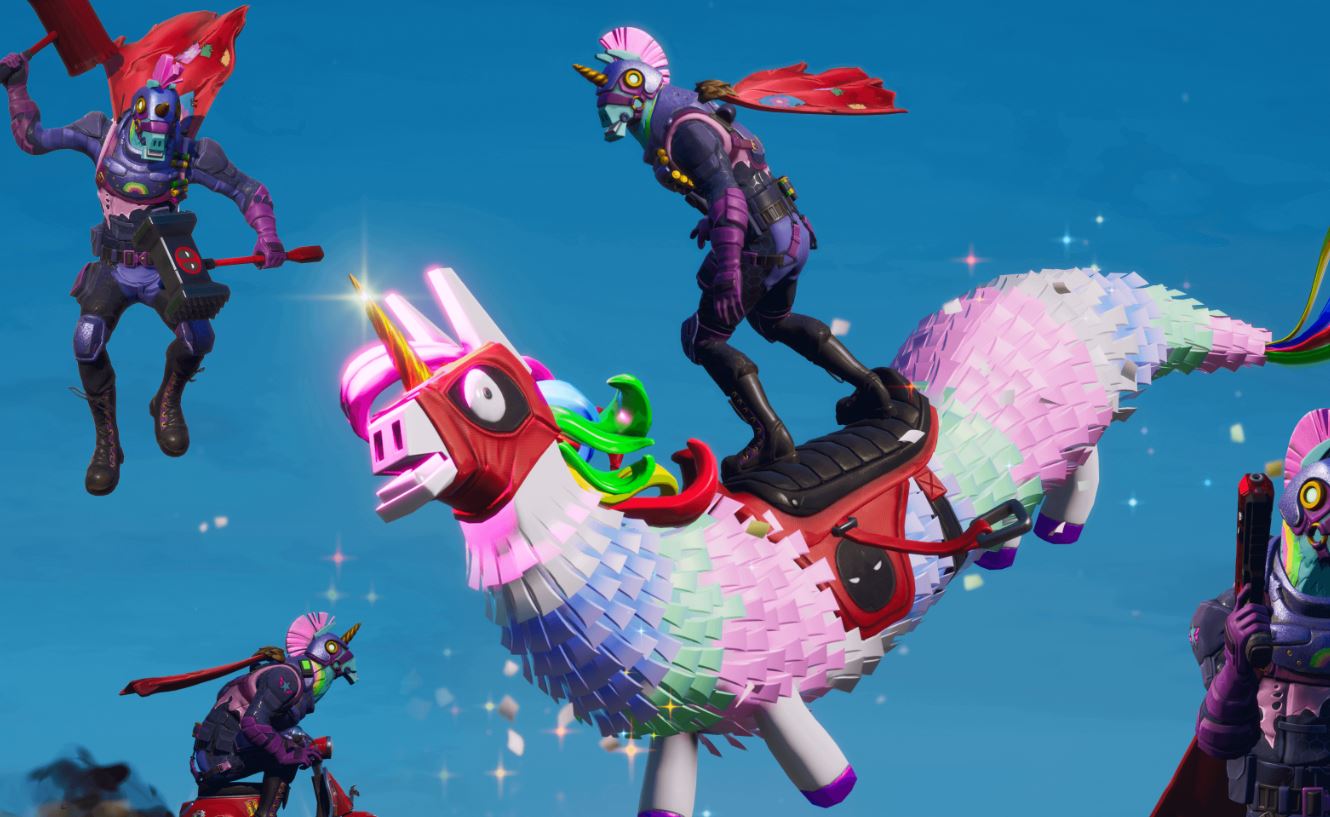 Epic Games have re-enabled the Dragicorn Fortnite glider and a free refund is available on the cosmetic.

There haven’t been too many cases of problems with pay-to-win with Fortnite cosmetics. However, if players report issues with cosmetics providing an advantage to players, they’ll quickly disable the cosmetic from being used until a fix is found and released.

The Dragicorn Fortnite glider is a Marvel glider that was released in the item shop on April 3rd, 2020. On May 7th, Epic Games disabled the Dragacorn glider in normal playlists and was the default Glider in competitive playlists on PlayStation 4, Xbox One, PC, and Mac.

According to Epic Games, there was an animation issue, and Epic also stated that was the animation changes to the glider, players that own the glider will have the option to refund the glider without using up a refund token.

In today’s Fortnite update, Epic Games have finally fixed/changed the animation of the Dragacorn glider. It looks like there’ll be a message from Epic Games upon logging in, or when selecting the glider that states changes have been made to the glider. If players aren’t satisfied with the Dragacorn Glider anymore, players can request a refund at any time before June 19th, 2020.

As we’re writing this prior to the Fortnite servers going back live, we’re not sure what the new animation for the glider looks like, but we’ll be sure to post a video as soon as possible.

How to refund the Dragacorn Glider

Unfortunately, there’s an issue with getting a Dragacorn Glider. Epic are aware of the issue and are working on a fix. As soon as the issue has been sorted, we’ll update this with how to refund the glider.