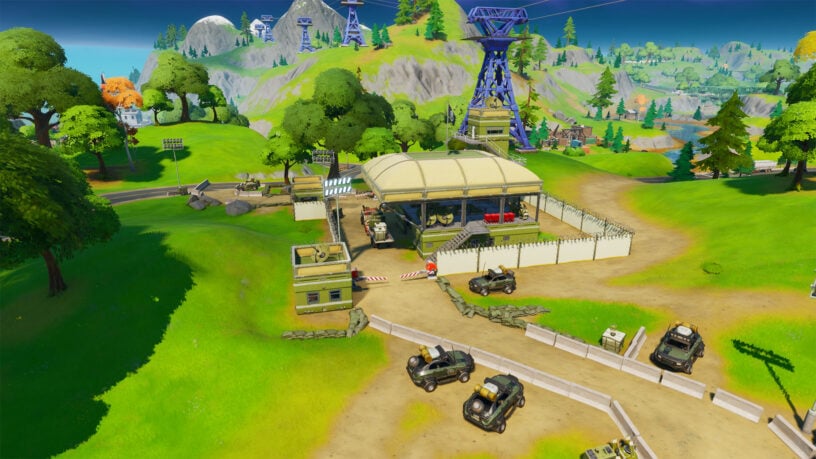 Here’s all the locations of the E.G.O. outposts scattered around the new Fortnite Battle Royale map.

Fortnite Chapter 2 brought a brand new map for Battle Royale after more than two years on the original map albeit with some major changes over the season. In previous seasons of Fortnite, we’ve had different outposts on the map including the A.I.M and pirate outposts.

This season, we have E.G.O. outposts scattered around the new map. One of the challenges for the week 3 Forged in Slurp requires players to either eliminate opponents at Retail Row or at different E.G.O. Outposts.

What are E.G.O. Outposts?

We don’t know exactly what they are or what the person of these outposts will be this season, but the outposts are some kind of military based locations similar to the Expedition outposts on the original map.

There’s a logo for the E.G.O. organization that’s a reward in the Battle Pass this season which can be seen below:

Here’s a look at all the locations along with a map of all the E.G.O. outposts at the bottom.

If you head east from Frenzy Farm, you’ll find a small E.G.O. outpost named “Staging Post”. There’s one large building and a smaller onewith a few cars surrounding the outpost.

You can find the Comm Twoer on the south side of the map in the mountains. There’s one main building with a large satellite on top.

You’ll find yet another E.G.O. Hangar on the west side of the map south west of Holly Hedges. There’s one hangar but there’s no plane in sight.

The Science Station is by the water on the west side of the map, West-northwest of Pleasant Park.

Here’s a map with all of the E.G.O. outposts: