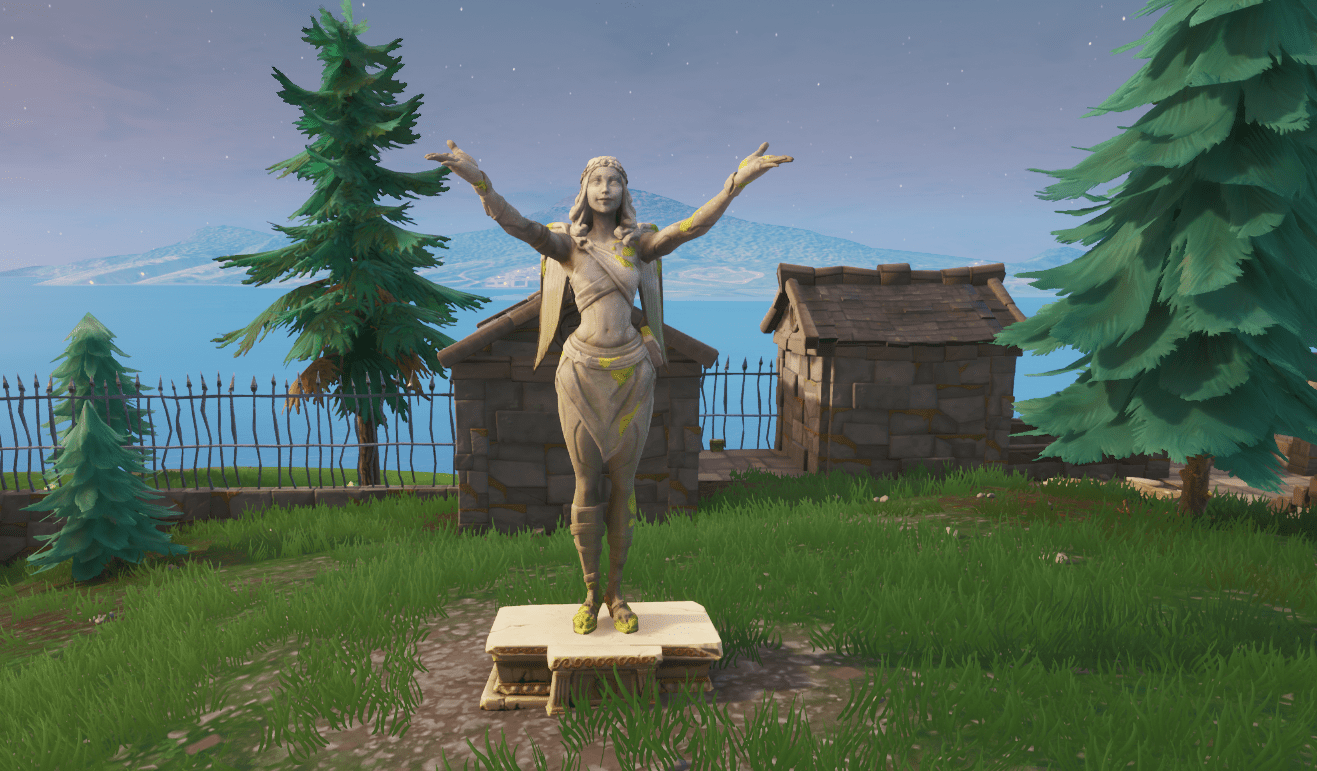 A new Fortnite statue has been added at Haunted Hills, which hints at a possible female counterpart for the Love Ranger Skin.

There are many new cosmetics that are added to Fortnite on a regular basis and upcoming cosmetics are usually leaked by data-miners in biweekly updates that are made to the game. Earlier today, the v10.20 update was released for Fortnite and data-miners were able to leak quite a new few cosmetics, which you can see by clicking here.

Epic have encrypted quite a few files in this update and so have not been able to leak them in-game yet so we do not know what they will look like until they are released.

In today’s update, a new statue has been added on the Fortnite map at Haunted Hills, which hints at a possible new Skin which could be introduced.

What do you think about the female Love Ranger statue? Do you think there will be a Skin introduced in the future which resembles the statue and would you buy it if it was released. Let us know your thoughts in the comments section below.