Fortnite Fireplace XP: Get Supercharged XP From the Winterfest Cabin/Lodge 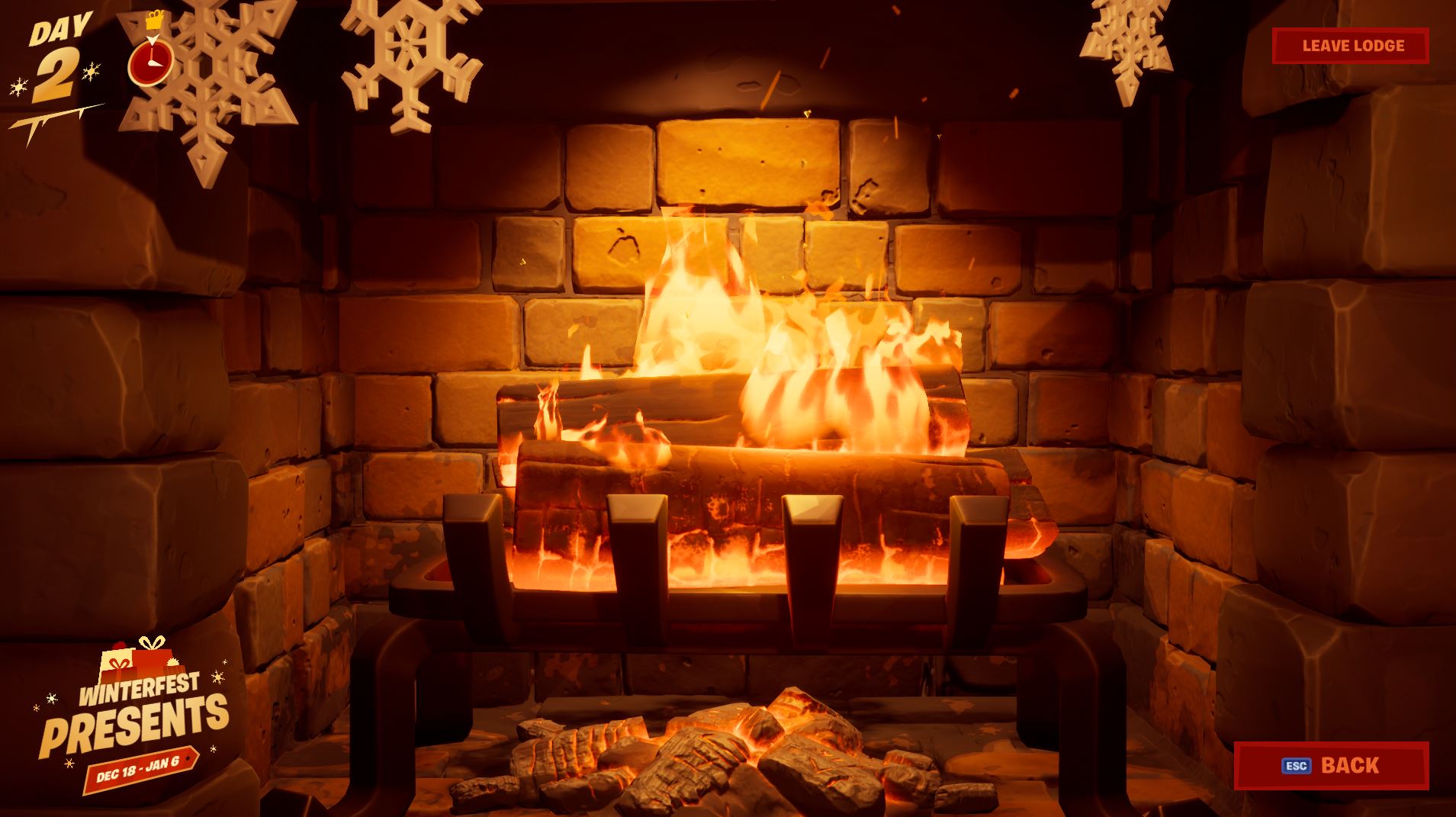 In the Winterfest Cabin, players can look around and choose the present they want to open. Prior to opening it, you’ll be able to shake it to see if you still want to open it. You’ll only be able to open one new present a day unless you’ve not opened one more a day or more.

Players can also use the Fireplace in the cabin/lodge in order to gain XP as well as supercharged XP.

Once you’re on the fireplace, you’ll see XP appear on the screen every 15 seconds or so. This can range from 10 XP onwards. There’s either normal XP or supercharged XP.

You can leave the game running to keep getting XP and supercharged XP, but there is a limit. Once you’ve gained the maximum amount of supercharged XP, you’ll no longer be able to get anymore.

You can however, play a game and start using up that supercharged XP. Once you’ve used some of it and you’re supercharged XP is no longer full, you’ll be able to head back to the fireplace and gain more XP.

If you’re not aware that supercharged XP is in Fortnite, it’s XP that turns your XP bar yellow at the bottom of your screen in-game. Whilst it’s active, you’ll earn 3.75x more XP from things in the game not including the punch card XP.

In order to make use of the supercharged XP you gain from the fireplace, complete challenges and open as many chests and ammo boxes as you can.