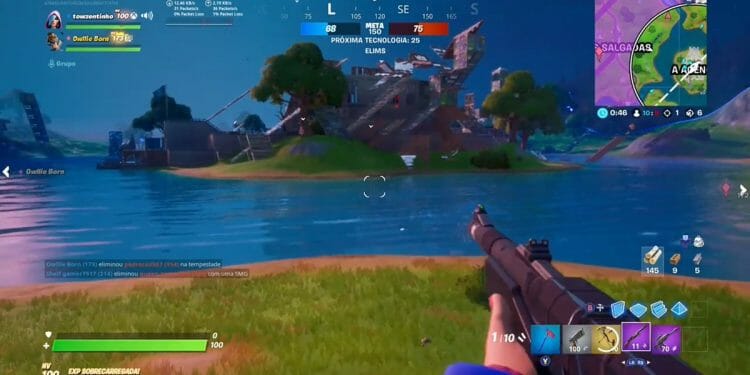 Dataminers have managed to leak a new feature that has not yet been released in Fortnite Battle Royale, first player mode!

Epic Games are constantly working on Fortnite and made changes to the game regularly to try and keep the game interesting and exciting. There are many ways in which they do this, one of which is releasing new mechanics to the game.

With the launch of Fortnite Chapter 3, Season 3, a new mechanic was added to the game where players are now able to ride some animals. When wildlife was first introduced to the game, many players were asking for this to be a feature, and Epic delivered!

In past seasons, you could only tame animals by enticing them with meat, but for this season, all you have to do is jump on the animal for it to be tamed. Once you dismount the animal, you can simply mount it again to carry on riding it. You are also able to fire you weapons whilst still mounted on the boar or wolf you have tamed.

Dataminer @HYPEX has leaked that Epic Games are currently working on a first person camera mode! Fortnite has always been known for building, but I think it this was ruined back when Turbo-Building was introduced to the game to accommodate new players. When this feature was introduced, all you would see were towers all around.

Having the No-Build modes have been a great option for those who can’t build as well or get frustrated when playing opponents that build towers as soon as they shot. It seems only logical for Epic to add a first person camera mode for this mode as there is no need for the third person camera angle when you don’t need to build.

Here is a look at what it looks like:

This update Epic began working on some stuff about first person camera mode but there's no other info about it at the moment as it looks like it's still in early development. Would work REALLY well for the Zero Build Modes 👀 pic.twitter.com/PIRRmdLyp0

As stated by HYPEX, this mode is in the early stages, so there is no way of knowing when it will be ready for release and implemented to the game. This will most likely bring a lot of old players back to the game at least to try it out when it does launch and well as bringing new players who play first person shooter games.