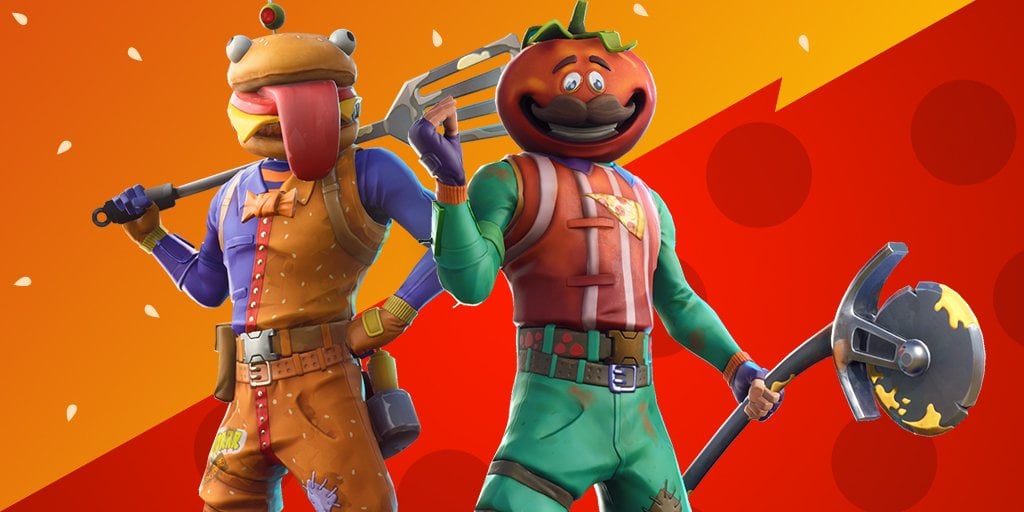 Epic Games have introduced challenges for LTMs in the past, but one fan has come up with a concept for the Food Fight LTM.

Epic Games rotate new Limited Time Modes (LTMs) into Fortnite Battle Royale on a regular basis to give players a new take on the normal mode. One of the LTMs that have been introduced is the Food Fight LTM where there are two teams, Durrr Burger versus Pizza Pit, and the teams need to destroy the enemy’s mascot in order to win.

There is another LTM that has recently been reintroduced, the Getaway LTM, where players could complete challenges to earn rewards. Reddit user Bistratushas suggested that there could be challenges added for the next time the Food Fight LTM returns and players that complete the challenges will be rewarded with the following pickaxes and back blings/pets.

He has suggested that there would need to be a voting system where players will be bale to choose which team they want to play as and will then have three different challenges to complete in order to unlock the respective pickaxe. The challenges that could be introduced are:

Challenges that could be introduced to unlock the back blings/toys are:

Would you want to see these added, or challenges added for the Food Fight LTM?