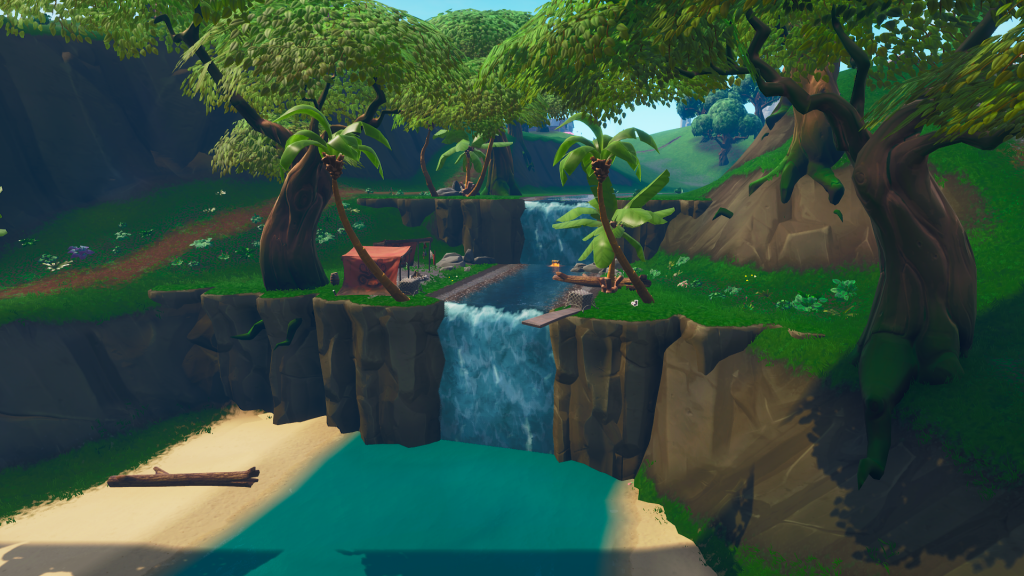 Fortnite Fortbyte #11 – Found beneath a circling jungle parrot is today’s new Fortbyte challenge. Here’s the location where players can find it.

A few minutes ago, Epic released the patch notes for the v9.30 content update #1, which included the unvaulted of the silenced SMG along with the uncommon and rare versions of the Pump Shotgun. You can read the full patch notes here.

As with all Fortbyte challenges that are unlocked and available to collect in-game, the name of the challenge provides the location as to where the new Fortbyte can be collected.

Fortbyte 11 can be foudn beneath a circling jungle parrot. Here’s the location where you can find the Circling Jungle Parrot, which will be the location of today’s Fortbyte:

The location of the Fortbyte will vary depending on where you’ll find the jungle parrot flying when you drop. If you land near the area marked above, look at for the parrot whilst gliding, then adjust your landing accordingly. Be sure to deploy your glider early so you can get a look look at where the jungle parrot is circling.

Once you’ve seen the parrot, drop down where you saw it circling, and you’ll find the Fortbyte for today.

Here’s a video guide on collecting the Fortbyte found beneath a circling jungle parrot: