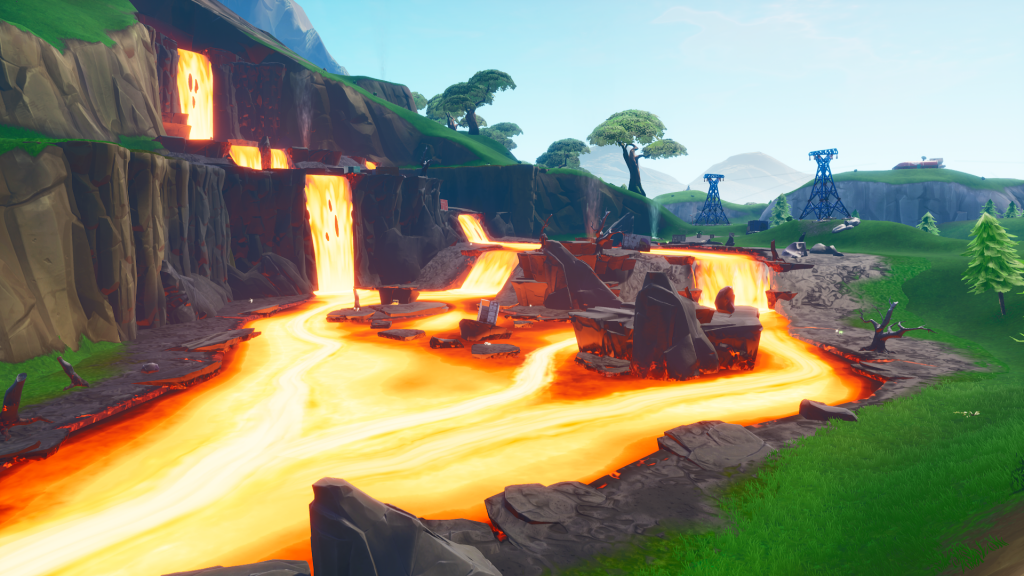 Fortnite Fortbyte #12 – Accessible by using the Nana Nana Spray inside a molten tunnel has recently been unlocked and is available to collect. Here’s the location of the today’s new Fortbyte.

In the most recent update, v9.30, Epic added a handful of new Fortbyte challenges that’ll see us through until the end of Fortnite Season 9. The full Fortbyte encrypted image was leaked by dataminers from this week’s update along with all the remaining locked Fortbyte challenges.

Upon collecting 90 Fortbytes, players will unlock the mystery/secret Season 9 skin, which can now be viewed in the challenges tab. The skin itself was leaked by dataminers before the servers were back up after maintenance, which you can check out below:

The skin has a total of three stages and will come in different color variants, although it’s unknown how the other colors will be unlocked.

Yesterday’s Fortbyte was accessible by using the Vox Pickaxe to smash the gnome beside a mountain throne. If you haven’t already collected the Fortbyte, you can check out our location guide here.

Today’s Fortbyte challenge along with a location guide on where to collect the new Fortbyte can be seen below:

Today’s Fortbyte follows every other Fortbyte that’s collectable in-game as the name of the challenge provides players with a hint of where it can be obtained.

You’ll be able to collect Fortbyte 12 inside a molten tunnel by using the nana nana spray. Here’s the location of the molten tunnel thanks to Twitter user Guille_GAG:

Here’s a video guide on the location of where to collect Fortbyte 12: