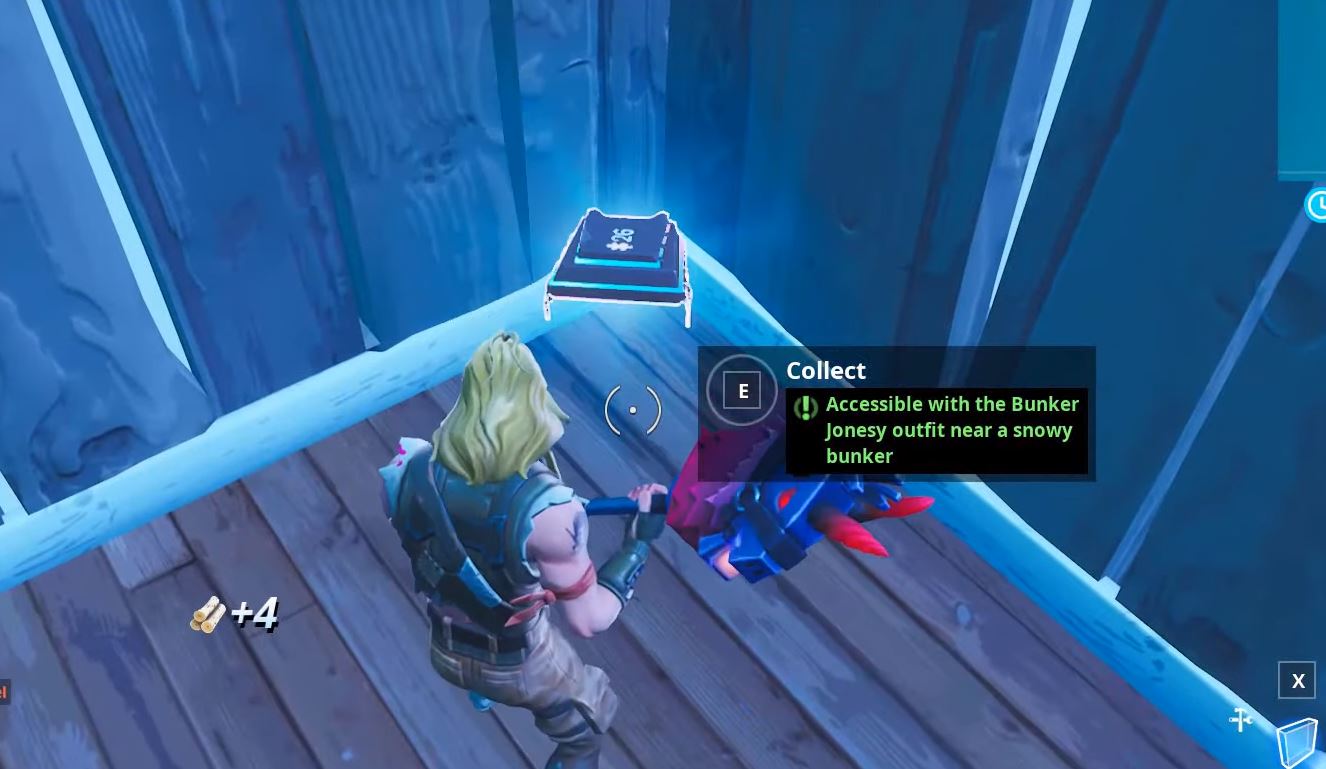 Here’s the location of where to collect today’s Fortbyte, Fortbyte #26 – Accessible with Bunker Jonesy outfit near a snowy bunker

New Fortnite Fortbytes drop each day requiring players to drop and find the Fortbyte from a hint provided in the challenge. In each patch update, Epic add a handful of new challenges, and a new one unlocks at 2 PM BST each day.

Earlier this week, an eye was found in the iceberg of Polar Peak. The leaked image of the Fortbyte secret image features Bunker Jonesy along with an eye in one of the corners of the image, which is likely the eye in the Polar Peak Ice Berg. There could be more to the image, but is currently encrypted.

Today’s Fortbyte challenge can be seen below:

We’ve created a guide on collecting today’s Fortbyte below.

In each daily Fortbyte that’s been unlocked, Epic provide a hint as to where the Fortbyte can be found and today’s Fortbyte challenge is no different.

Today’s Fortbyte, Fortbyte 26, can be found near a snowy bunker. In order to access/collect the Fortbyte, players will need to be using the Bunker Jonesy outfit. Here’s the exact location of the snowy bunker location thanks to GamerHex:

Near a Snowy Bunker location

Here’s Fortbyte 26 in-game, which is found in a little shack:

Here’s a video guide on collecting Fortbyte 26 (forgot to change skin in the video, you must use Bunker Jonesy to collect the Fortbyte):