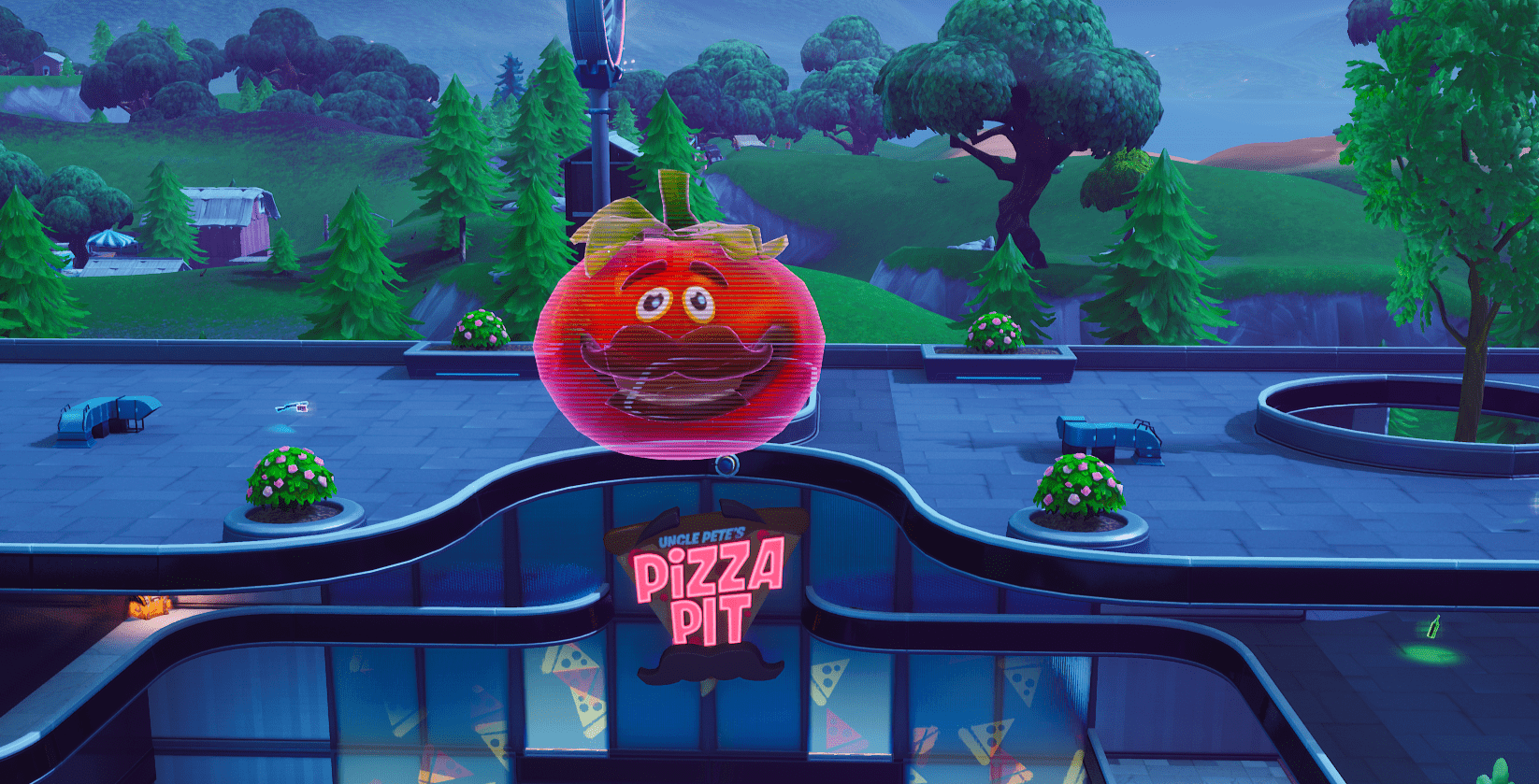 Fortnite Fortbyte #59 – Accessible with Durrr! Emoji inside Pizza Pit restaurant is now available to collect. Here’s where you can collect it.

Epic Games released the v9.30 Fortnite patch update today, which will likely be followed by 3 content updates. In the update, a large amount of new files were added to the game including a handful of new LTM’s, upcoming Fortnite cosmetics, a new 14 days of Fortnite event and much more.

Epic also added a bunch of new Fortbyte challenges which will see us through to the end of Fortnite Season 9. Yesterday’s Fortbyte challenge was accessible by using the sad trombone emote at the north end of Snobby Shores. You can take a look at our guide here if you’re yet to collect it.

Today’s new Fortbyte challenge and location guide can be seen below.

Every Fortbyte challenge provides a hint as to where the Fortbyte can be collected, and today’s Fortbyte is no different.

Fortbyte 59 can be found inside the Pizza Pit restaurant and is accessible once the Durrr! emoji is used at the Fortbyte location.

Thanks to Twitter user Guille-GAG, we have the location of the Fortbyte: