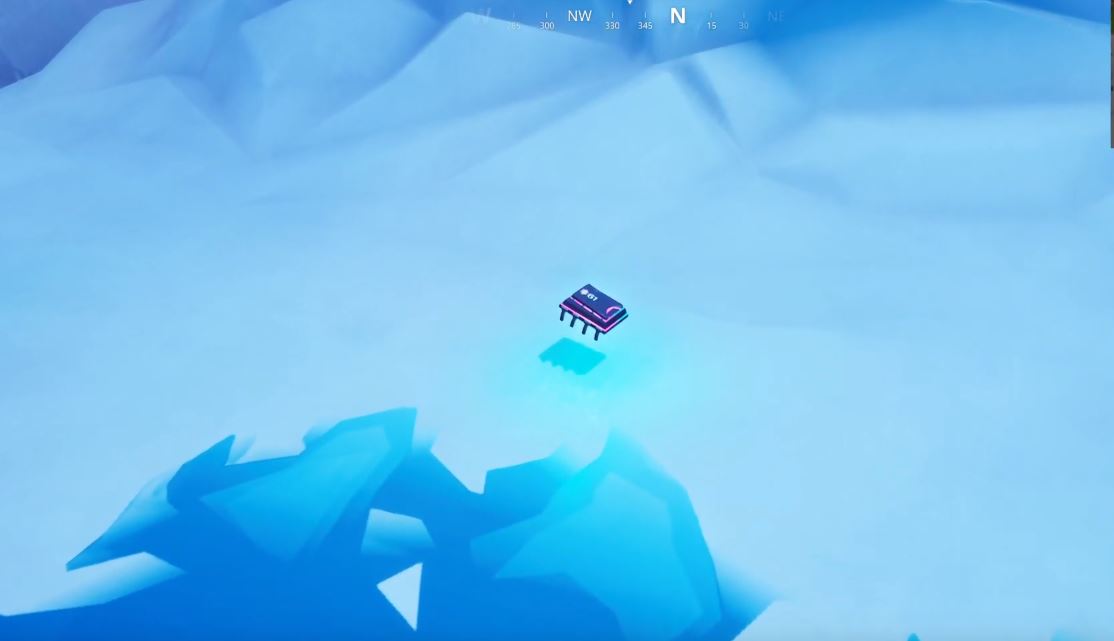 The eye that was first discovered in the Polar Peak iceberg last week has disappeared with the monster breaking out and leaving footprints near Viking Village. The monster appears to have gone into the water, but we’ll likely get more information on the monster and the role it plays in this seasons story as within the next couple of weeks.

The Sunbird Spray can be unlocked in the Free Battle Pass for Season 9 at tier 26.

The frozen waterfall is by Viking Village. You need to be at the bottom of the waterfall, and here’s where you’ll find Fortbyte 61:

Here’s a video guide on the exact location of Fortbyte 61: