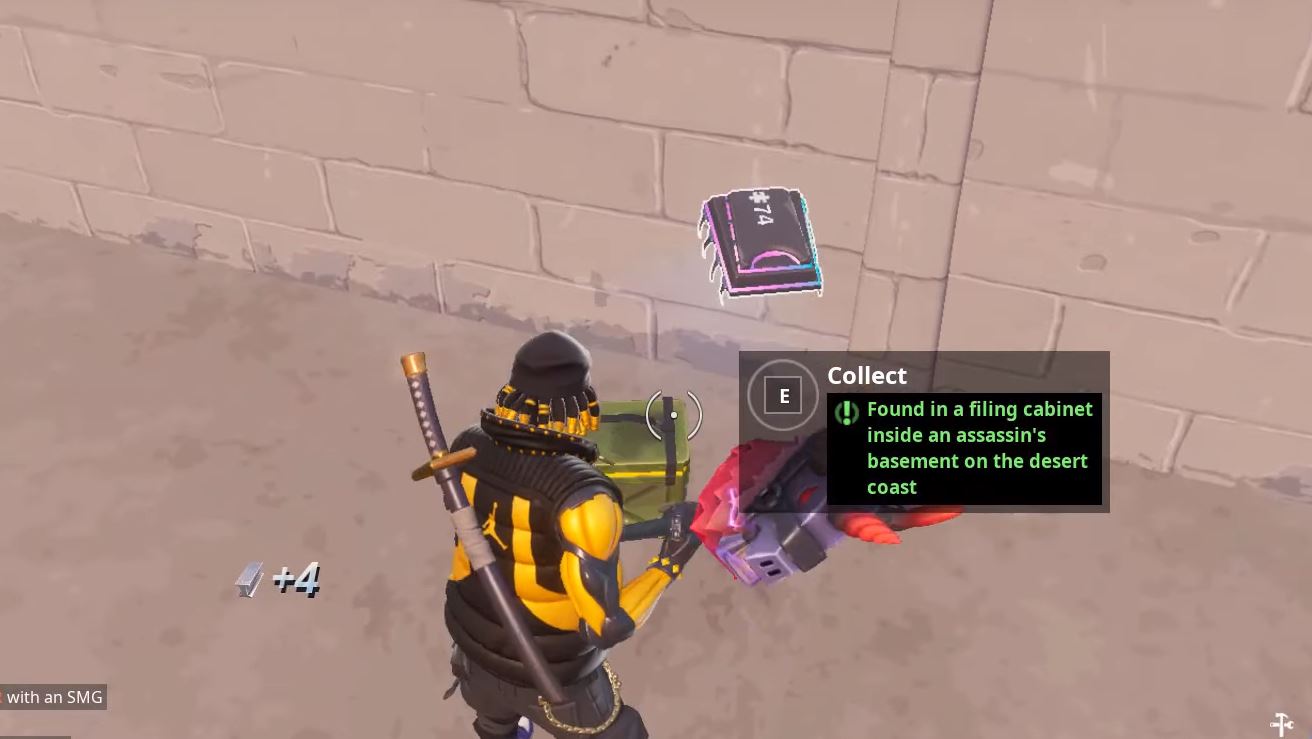 Fortnite Fortbyte #74 – Found in a filing cabinet inside an assassin’s basement on the desert coast has been unlocked and here’s the location of where to find it.

Each challenge comes with a clue of how to complete the challenge and some challenges require players to have levelled up the Season 9 Battle Pass as items including sprays, emotes and emoticons need to be used.

Today’s Fortbyte challenge that has just unlocked is Fortbyte #74- Found in a filing cabinet inside an assassin’s basement on the desert coast. As with every Fortbyte challenge released so far, we’ve created a guide below so you can get to the location of the Fortbyte and collect it without any guess work.

Every Fortbyte challenge that is available to unlock in-game has a hint at the location of where the Fortbyte can be collected and today’s Fortbyte is no different.

In order to collect Fortbyte 74, players will need to find it in a filing cabinet inside an assassin’s basement, which is located on the desert coast.. As given away by the name of the challenge, Fortbyte 74 will be available in the desert biome.

You’ll need to drop on the coast of the desert as seen below:

The Assassin’s basement is the John Wick house that was added to the map this season. You’ll need to go into the garage, break the floor and locate the filing cabinet, which is where you’ll find Fortbyte 74.

Here’s the location of Fortbyte 74 in-game:

Here’s a video on the location of the filing cabinet in the assassin’s basement on the desert coast: