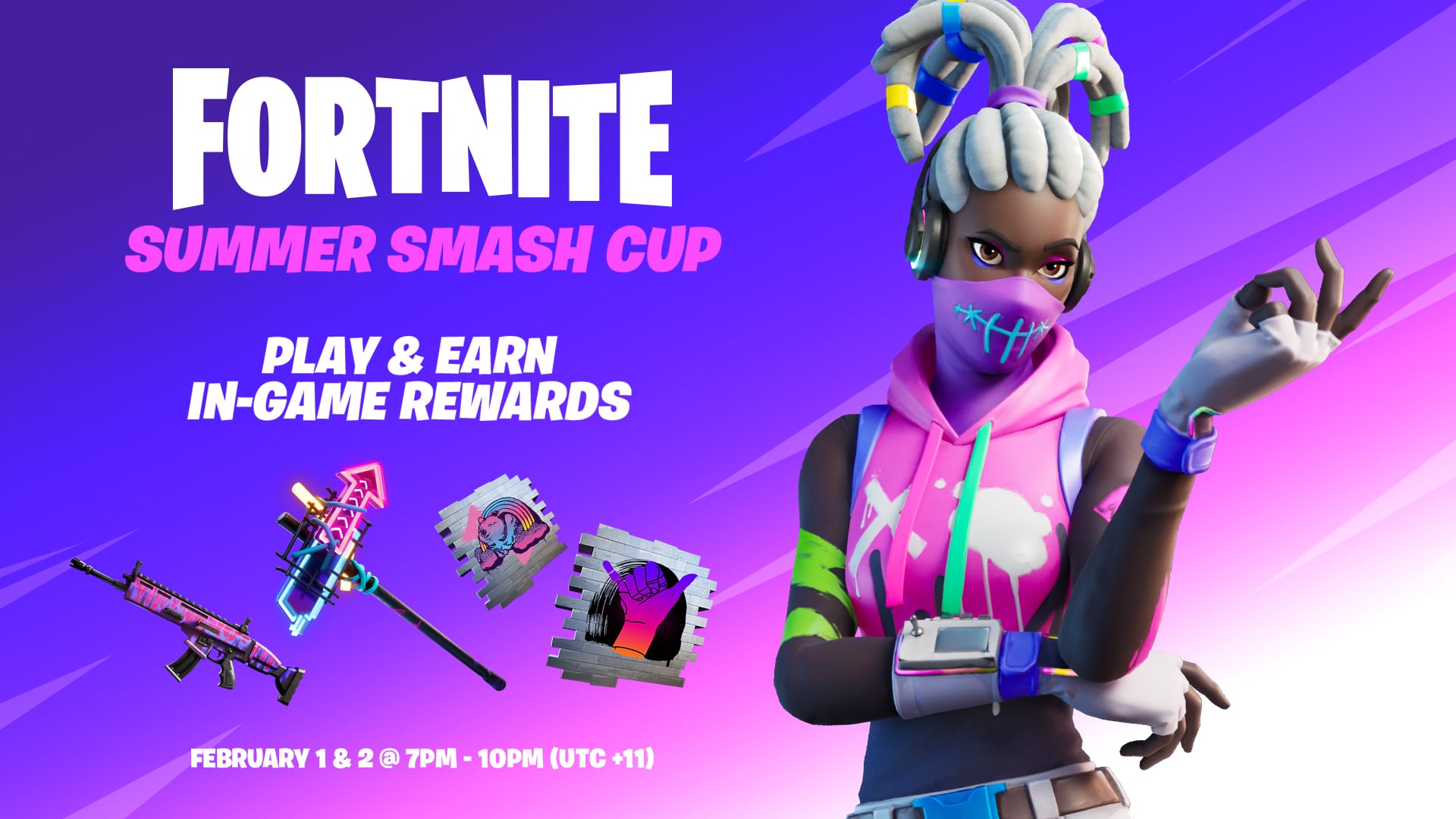 Epic Games have just announced that there will be free rewards for players who compete in the Australian Open Summer Smash.

You can also play at home on February 1st and 2nd for the Summer Smash Cup in-game, where you can earn free rewards depending on your placements and eliminations in the competition. In order to compete you must be at least level 15 on your Fortnite account and have the 2-Factor authentication set up on your Epic Games account.

How to Get the Free Fortnite Komplete Skin

As previously mentioned, there are rewards you can earn for how well you place in the in-game event and one of the rewards you can earn is the Komplete Skin. You will earn this Skin if you are in the Top 10%. The Skin if of Rare rarity and has the description, “The world’s waiting, make your mark” and here is what it looks like:

You can also be rewarded with the Street Shine Pickaxe and Paint Splash Wrap. The Street Sign Pickaxe is of Epic rarity and has the description, “This way to superior swiping” and will be awarded to players who are in the top 25%. Here is what it looks like:

The Paint Splash Wrap is of Rare rarity and will be awarded to all players that are in the Top 50% and can be seen below:

You can see the official blog post by Epic Games below. Good luck!

For the second year, Fortnite will be featured at tennis’ first Grand Slam event of the year, the Australian Open. The best of OCE will take on some of the biggest names from NA, Asia, Europe, and LATAM in a Saturday Trios Pro-Am ($100,000 AUD charity prize pool) and Sunday Solo competition ($400,000 AUD prize pool) at the Australian Open Summer Smash featuring Fortnite.

To allow players in the closest regions to get in on the action, there will be an in-game Summer Smash Cup for OCE and Asia server regions on February 1 & 2 from 7pm AEDT – 10pm AEDT (UTC +11). All eligible players, as determined by the Official Rules, can play and earn rewards based on placements and eliminations in the competition. To participate, you will also need to get your Fortnite account level to 15 and set up 2-Factor Authentication on your Epic Games account.

All eligible entrants will have the opportunity to earn rewards based on the final in-game leaderboard placement. Two days of competition means two separate opportunities to take home prizes! Here is what you have an opportunity to win:

Link Your Epic and Twitch Accounts For Drops

To link your Epic Games  and Twitch accounts, head here. You’ll see an option to connect your accounts. Clicking that will ask you to log in to Twitch, after which you’re all set.

When your Epic and Twitch accounts are linked, you will be able to tell you are watching a drops-enabled channel once you see the Drops Enabled! notification.

If the notification says that you are not linked, simply hit the text to be taken to the linking page listed above.