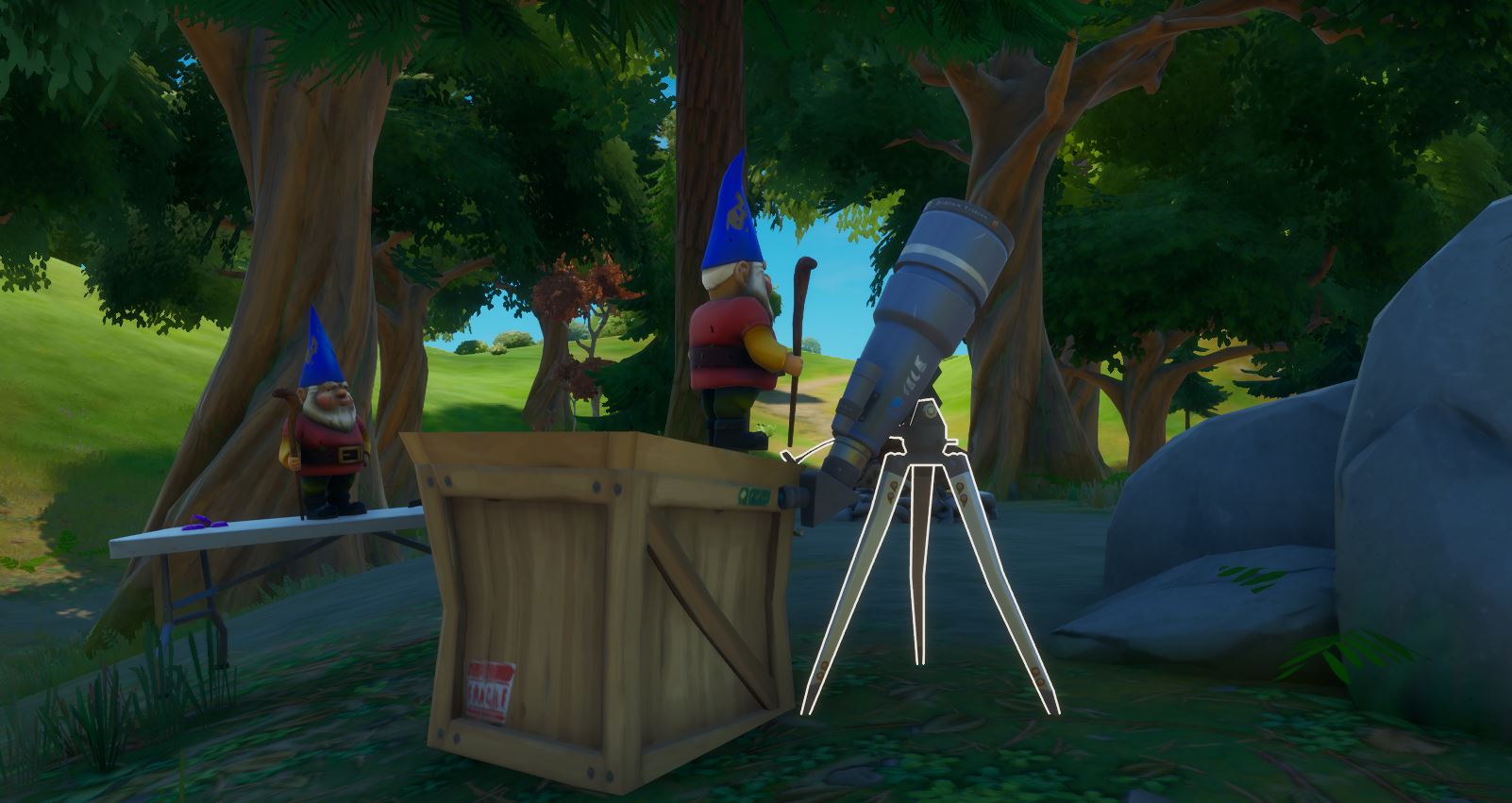 For the Gnomes Fortnite Hidden Quest

Here’s the telescope locations for the For the Gnomes Fortnite hidden quest/challenge.

Epic Games released the v12.30 Fortnite update yesterday. As usual, there were a number of leaks that emerged from the update including upcoming skins, challenges, items, and more.

Upon completing these two challenges/quest lines, players will be rewarded with 40,000 season XP which is a heft chunk, especially considering the fact that this season is harder than last season in terms of levelling up.

In this article, we’ll be going over the For the Gnomes challenge. You’ll need to find telescopes around the map that have gnomes next to them. You’ll then need to aim the telescopes and five different locations. Below you’ll find a guide on everything you need to know.

For The Gnomes Fortnite

You’ll find all of the telescopes around Weeping Woods. Each telescope has at least one gnome right next to it. You’ll need to aim the telescopes in order to complete this challenge at five different locations.

Here’s what the telescope and gnomes look like in-game:

We’ve marked all of telescope gnome locations on the Weeping Woods map below. We’ve tried marking them as accurately as possible. If you’re around the marker, you won’t be able to miss the colourful gnomes of the large telescopes they’re behind.

Here’s a video guide of the locations: