Fortnite Gnomes Locations: Where to destroy gnomes at camp cod or fort crumpet 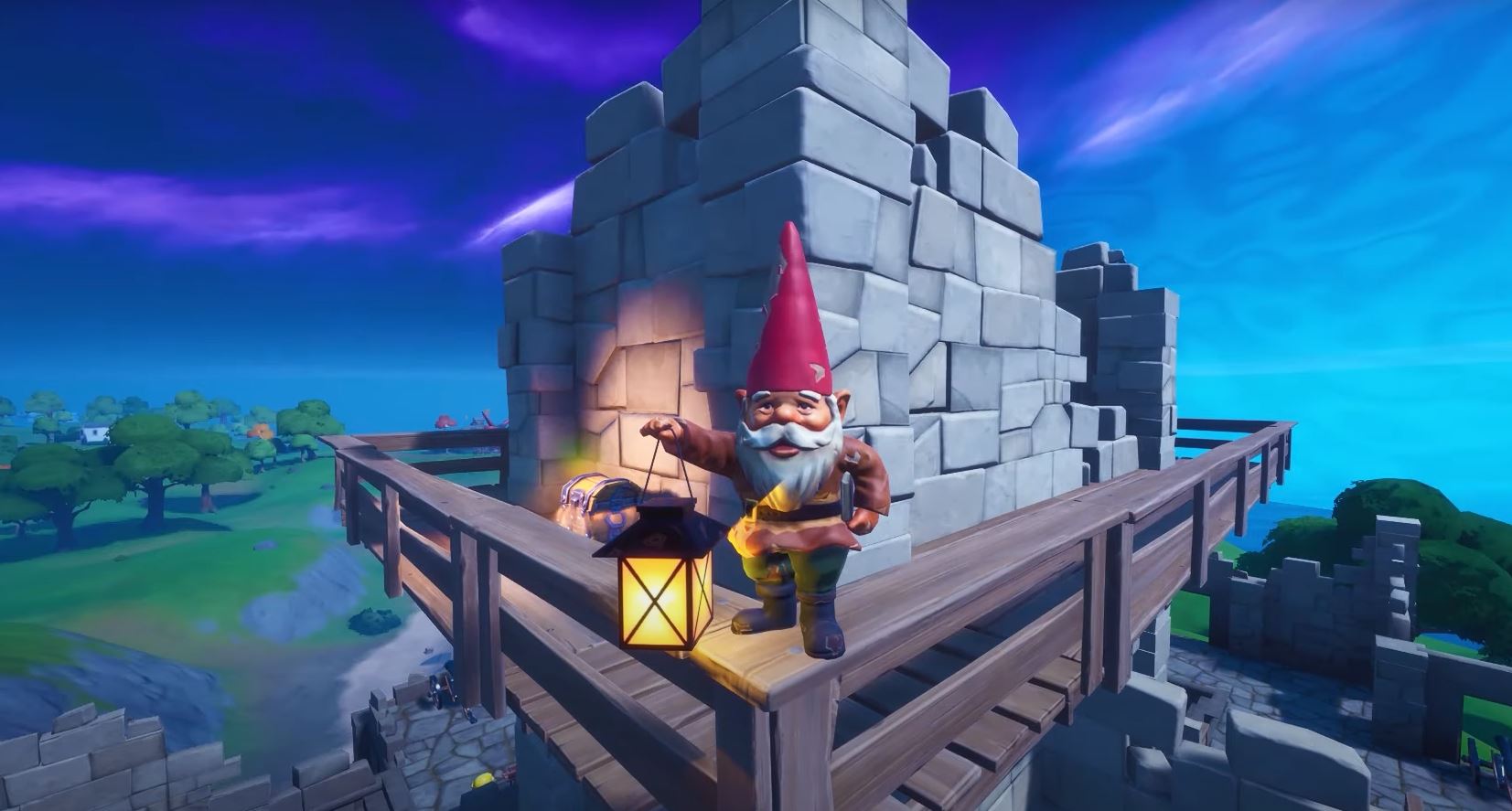 With Epic Games announcing a couple of weeks ago that Fortnite Chapter 2 Season 2 would be extended until June 4th, players were expecting overtime challenges to release. However, the v12.50 Fortnite update that was released yesterday added the Location Domination challenges.

These challenges will go live today (April 30th) at 3 PM BST, the same time as the normal weekly challenges. These aren’t overtime challenges, but we’ll probably get overtime Fortnite challenges within the new few weeks.

The Location Domination challenges consist of 10 staged challenges, with each stage the same challenge but being made slightly harder. There’s no cosmetic rewards for completing these challenges, but players will receive XP. With leveling in Fortnite Chapter 2 Season 2 being much more of a grind that season 1, this is the perfect way for players to level up this season.

One of the challenges requires players to destroy gnomes at Camp Cod or Fort Crumpet. If you don’t know where these landmarks are located on the map, or need help finding a total of 15 gnomes to destroy, we’ve got you covered with a guide on how and where to complete this challenge as quickly as possible.

Here’s the locations of the gnomes you’ll need to destroy at Camp Cod or Fort Crumpet. Remember, these do not need to be done in one game, so you could technically destroy a certain amount of gnomes in one of the two locations, leave, and repeat the process.

If you’re not too sure where the Camp Cod Location on the Fortnite map is, it’s located on the south east side of the map. Here’s the location of camp cod:

Here’s the locations of where you can destroy gnomes at Camp Cod:

Here’s a map of all the locations of the gnomes to destroy at Camp Cod marked on the map below:

If you’re not sure where Fort Crumpet is located on the Fortnite map, take a look at the location below:

Fort Crumpet is what the name says, a Fort. It’s located north west of Sweaty Sands and is home to a number of Fortnite gnomes. Your best bet is to drop a the highest point of the Fort and look down to spot Gnomes to destroy. Here’s where you’ll find Gnomes to destroy at Fort Crumpet:

Due to the nature of the Fort, it’s hard to mark the exact locations of where to destroy gnomes at Fort Crumpet. However, it should be easy from the instructions above to find Fortnite gnomes and destroy them.