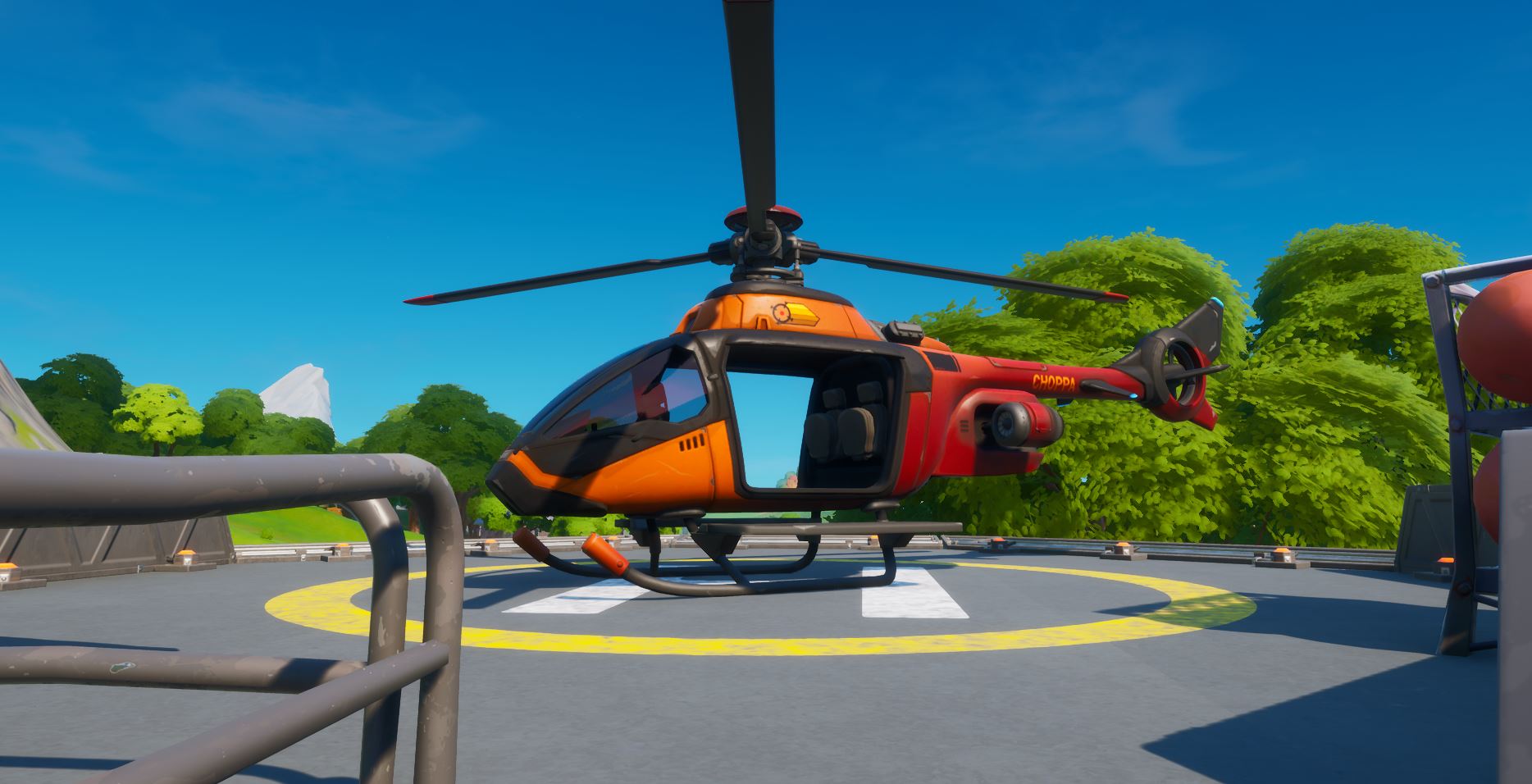 Here’s all the locations where you can find the Fortnite helicopter Choppa around the map.

Epic Games released the v12.20 Fortnite update today which introduced a new vehicle, the Choppa Helicopter. The Helicopter was eagerly anticipated with helicopters being teased by Epic with the launch of chapter 2 season 2.

There’s a maximum of five players for the Fortnite Choppa Helicopter, one drive and four passengers. There’s no weapon for players to use whilst on the choppa helicopter which is a plus, and there’s a boost to help players get across the map quicker. Players can’t jump from the helicopter, so you’ll need to keep an eye on the health of the choppa which is 1,500.

There’s a number of locations around the Fortnite map where you can find the choppa helicopter and we’ve listed all the locations where they’ll spawn below.

We’d appreciate credit if you use our map locations image or list.

Here’s a map of all the Fortnite Helicopter Choppa locations: