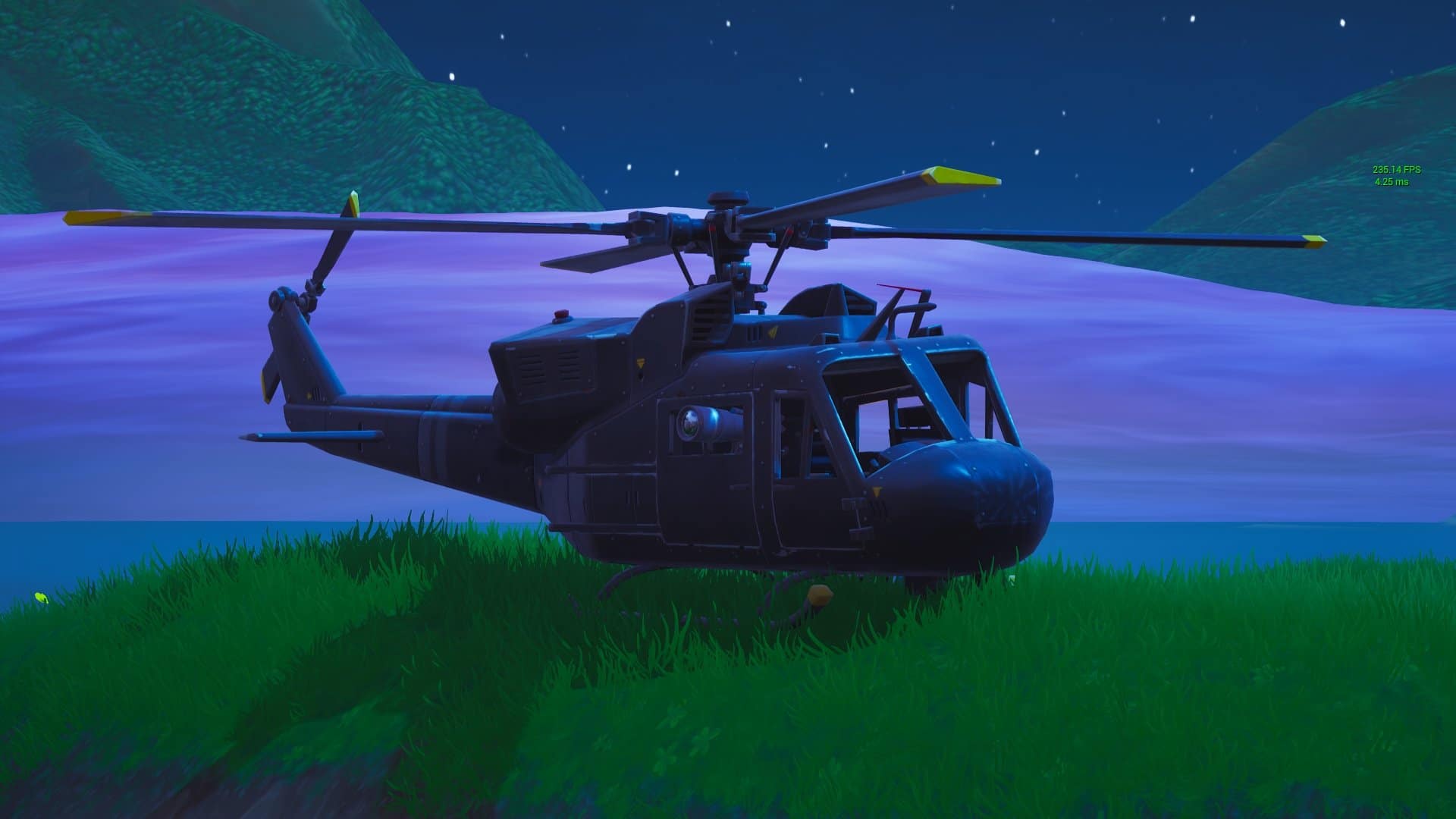 The Fortnite servers are down and we already know what we can expect in today’s v12.20 update including the ‘choppa’ helicopter.

It’s been two weeks since the last update, v12.10, and Epic are releasing the v12.20 update today with servers currently down for maintenance. The v12.10 update didn’t bring much in terms of new features of items making it seem much longer than two weeks when the last major Fortnite update released.

Dataminers in the last update stated that there were some files for helicopters that’ll be introduced in Fortnite and it looks like they’ll be available in-game today once the servers are back up. Here’s what we know about Fortnite helicopters so far.

The v12.10 update two weeks ago added some information on the helicopter vehicle that would be added to Fortnite.

One of the most underrated yet best dataminers, Spedicey1, stated that helicopters will have 1,500 health. He also stated that the helicopters will most likely be a solo vehicle, although that was more of an opinion as it would always be unlikely a helicopter would only be a one man flying vehicle.

Get in and lift off. Grab up to 4 other squadmates and take on the enemy teams with this new vehicle.

There it is, we’ll be getting helicopters today in Fortnite that’ll seat up to 4 other squadmates. We also have information on some other new features in the update.

The helicopter will be called ‘Choppa’ and here’s a trailer for it:

There’ll be something called The Spy Games and a new feature called easy interact. Easy interact is a new way to loot with large icons for interactions and loot pick up. This feature is obviously only for mobile players to make it easier to look.

The spy games allows players to jump into the Operation: Dropzone LTM and use the new tech system in order to unlock perks to use in the Spy Games.

It’s unlikely we’ll get official Fortnite Patch Notes, so we’ll post our own unofficial patch notes a couple of hours after the servers are back up.