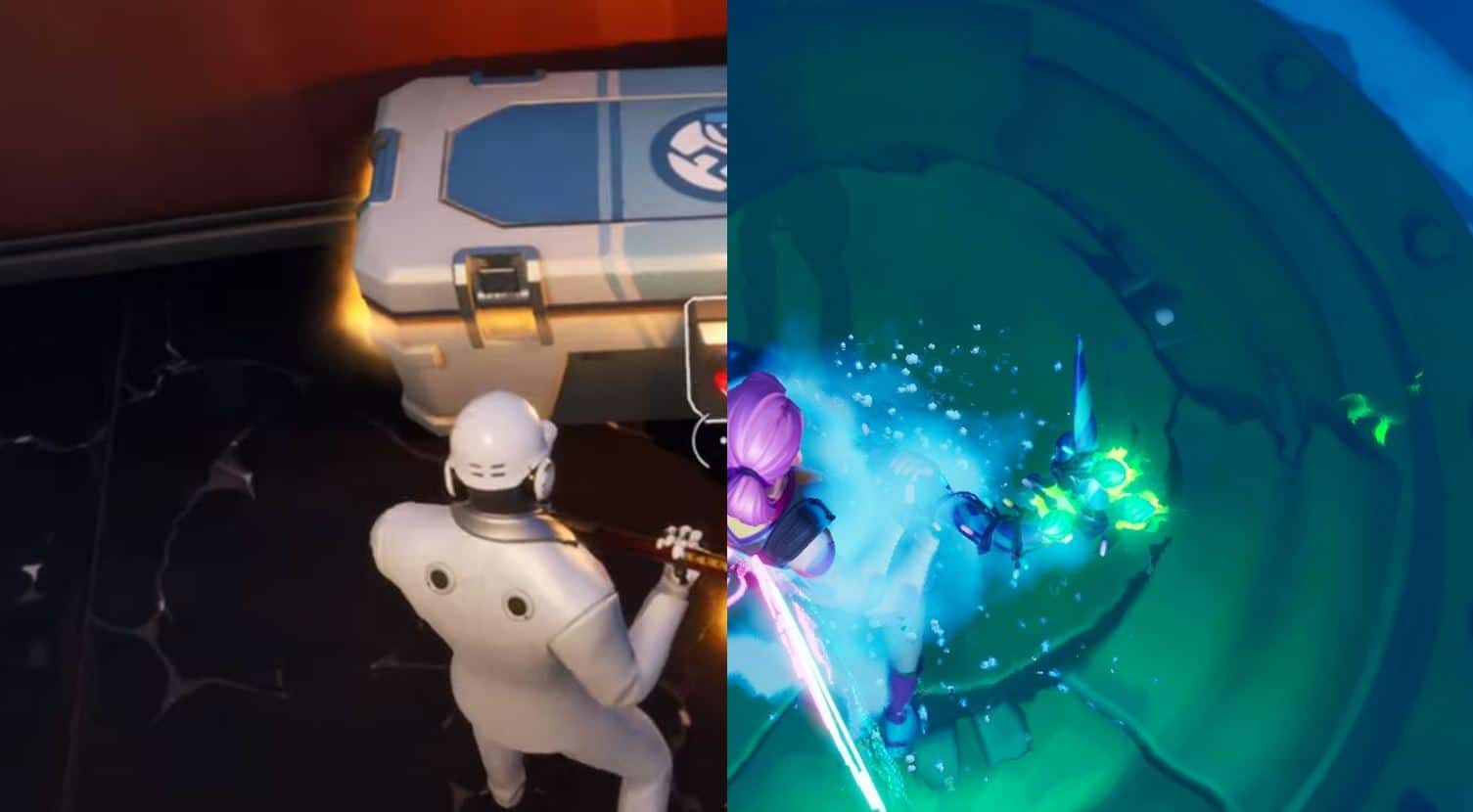 Here’s how to complete the Swim over hatches at the agency and open faction locked chests at different spy bases challenges.

In an email highlighting what was coming in the v12.61 update, Epic stated that the Storm The Agency challenges will be released at 10 AM after the v12.61 update was live. Players not only have the chance to earn a bunch of last minute season XP, but Epic have been kind enough to provide three cosmetics for free upon completing some of the challenges.

There’s a pickaxe, wrap, and a glider that players can get upon completing these Storm The Agency challenges. The challenges are pretty straightforward to complete, but we’ve created a quick guide for the Fortnite challenges that players might be stuck completing.

Swim Over Hatches At The Agency Fortnite

As provided by the name of the challenge, players need to swim over hatches at the agency. The hatches you need to switch over are located in the water around the agency. There’s a total of five hatches. Here’s what they look like in-game:

Here’s where the hatches are located at the agency:

Simply swim over one hatch at the agency in order to complete the challenge.

If you’re not aware of what a faction locked chest is, it’s a chest that can only be found at spy bases which require you to be scanned in order for it to open. You’ll need to disguise yourself as a henchman in order for you to be able to open the faction located chest.

Here’s the locations of all the Spy bases found around the Fortnite chapter 2 season 2 map:

These Fortnite challenges are extremely easy to complete and provide players with some great, free cosmetic rewards. Have fun and enjoy the rewards!