Fortnite: How to get infected by an Alien Parasite and talk to Sunny Locations 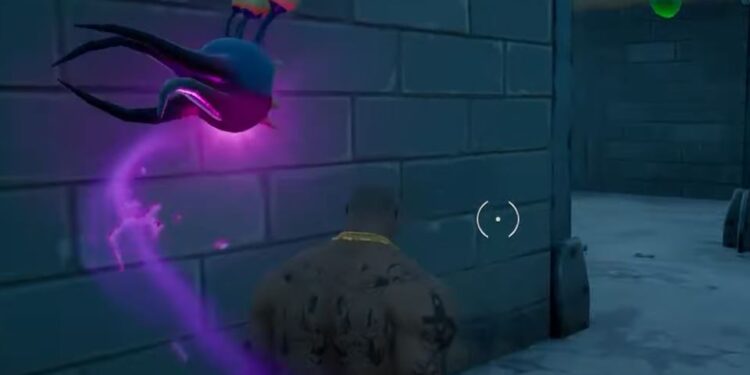 Here’s how to get infected by an Alien Parasite in Fortnite and the location of where you can find Sunny on the map.

In yesterday’s content update, Epic Games added in another Ray gun which you can get once you defeat Zyg and Choppy. They also added in Alien Nanites and we’ll likely see a couple more alien-themed items added to the game before the season ends.

Where to get infected by Alien Parasite Fortnite Locations

The location is in the restaurant that’s west of Weeping Woods and north of Holly Hatchery. Here’s the location marked on the map:

Head down the stairs in the restaurant and you should see Fortnite alien parasites flying around the storage room. It won’t take long for them to latch on and infect you. Once infected, you’ll move quicker but your health will be drained.

You’ll now need to head to Sunny. There’s spaceship outside the restaurant you can fly to get to Sunny quickly. She’s located on Believer Beach and here is her map location: