Fortnite Iron Man Boss Location: Where and how to eliminate Iron Man at Stark Industries 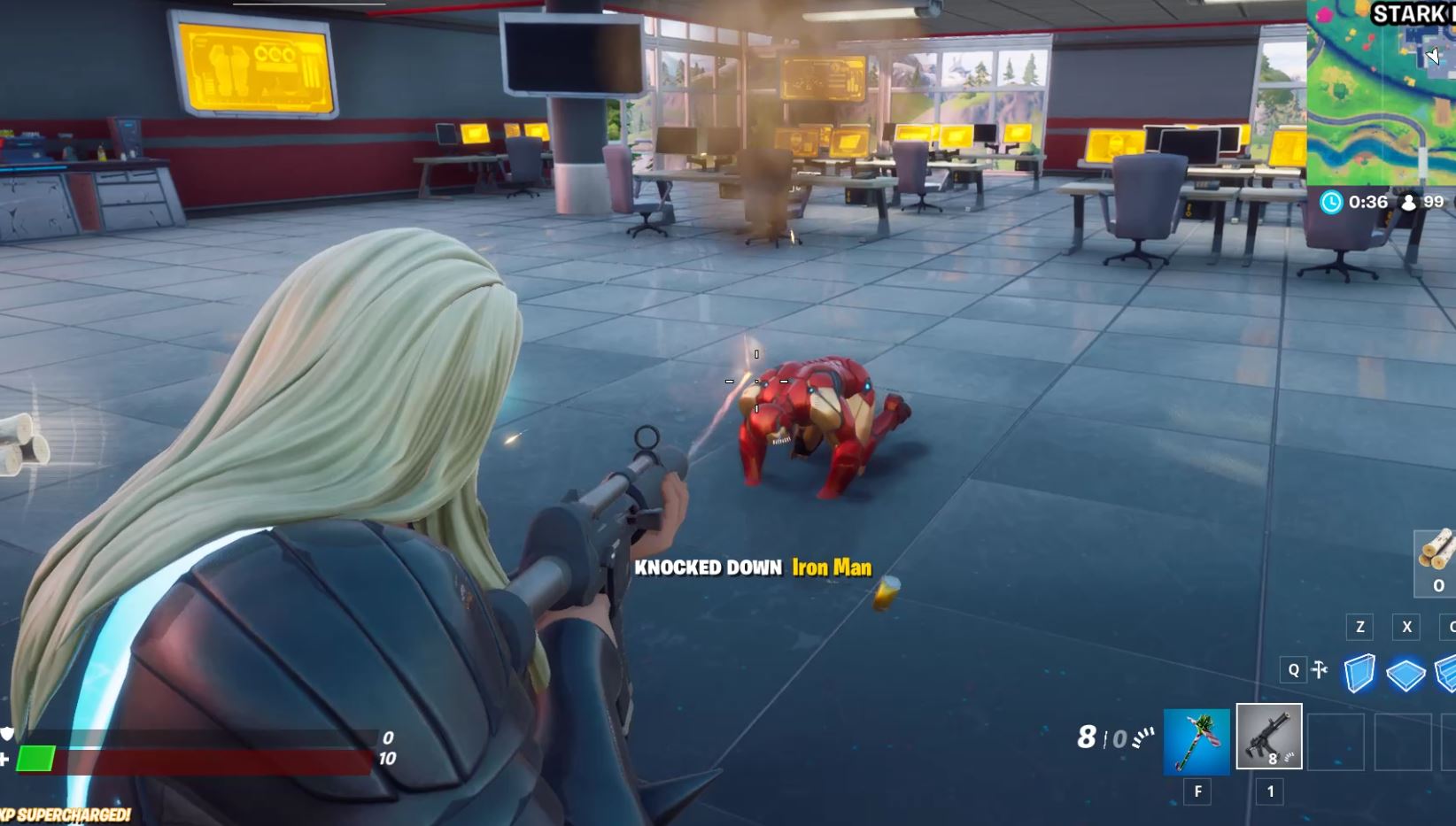 Here’s where the Iron Man boss is in Fortnite season 4 in order to complete the week 3 eliminate Iron Man at Stark Industries challenge.

We’re already into week 3 of Fortnite season 4. The challenges for week 3 were only just leaked from today’s v14.10 update. Epic usually release updates on Tuesday, which is when the challenges get leaked, but Epic decided to release v14.10 today.

Since the release of season 4 and before today’s update, there was only one Fortnite boss players could defeat, Doctor Doom. Upon defeating Doctor Doom, players can pick up two of the mythic item super power abilities that he drops. Players have been wondering when there’d be a new boss added to the game, and Epic have answered the question with a brand new boss added today, Iron Man.

One of the week 3 challenges requires players to eliminate Iron Man at Stark Industries. Stark Industries is a brand new location that’s been added in today’s update. It was brought to the map using Tony Stark’s beacons that have been slowly activating throughout the first two weeks of season 4. Here’s a quick guide on where and how to defeat iron man at Stark Industries.

Where is Stark Industries in Fortnite (location)

Where is Iron Man in Fortnite? (boss Location)

You’ll should find the Iron Man boss on the second floor wondering around. In the screenshot below, you can see the Iron Man Fortnite boss along with the location on the mini map in the top right corner:

We complained previously that Fortnite bosses are far too easy and Epic have certainly made Iron man a much harder Fortnite boss to defeat. We’ve tried a few times already and we end up getting eliminated fairly quickly, however, that’s also down to other players dealing damage along with the stark robots.

Iron man has the unibeam ability that’ll shoot a strong laser out of his chest piece along with the hand Rupulsors. Combined, these are lethal and in order to eliminate Iron man at Stark Industries, you’ll need to ensure you don’t stay in the same place and constantly move as you shoot at Iron Man.

There’s also half the lobby jumping at Stark industries which makes this challenge even harder to do. We recommend getting a weapon, taking out a Stark Robot and hacking it to help you in the quest to eliminate Iron Man are Stark Industries. Good luck! You’ll need it.