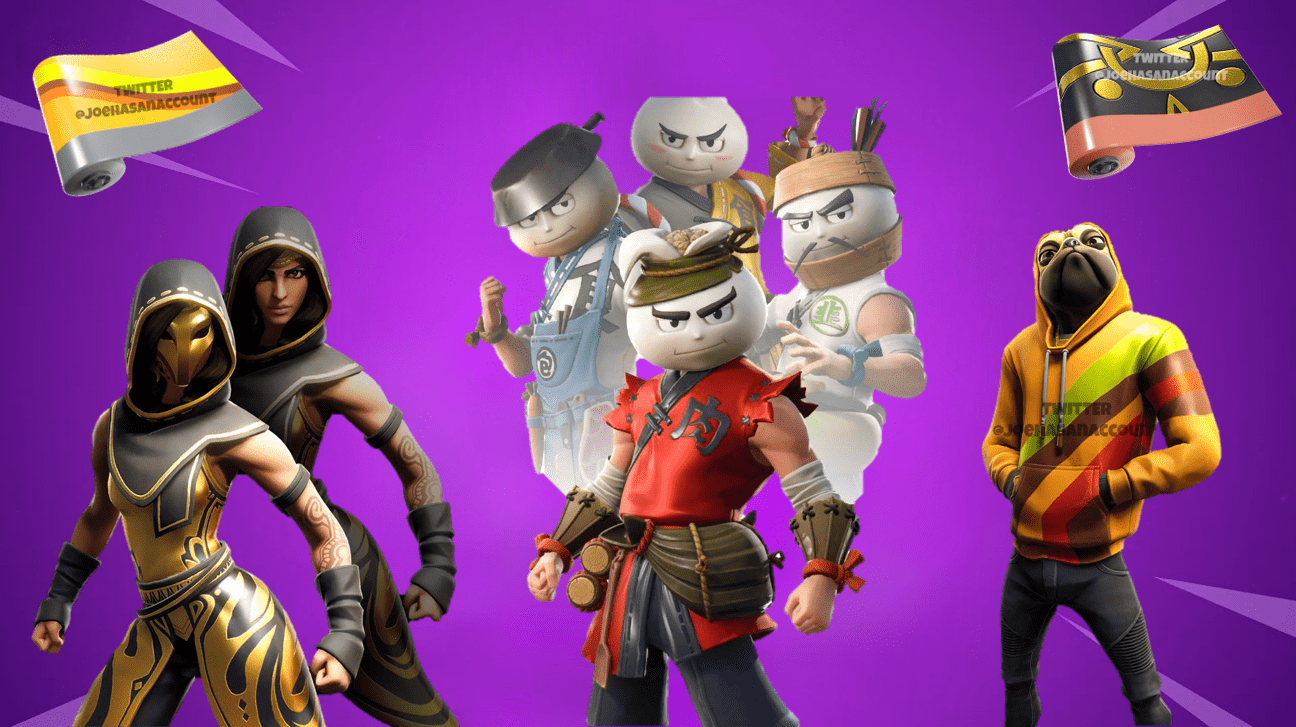 Dataminers leaked several skins and cosmetics from the v9.10 that were originally encrypted. The styles and cosmetics in the set have now been leaked.

Dataminers Joehasanaccount, Lucas7Yoshi and Waddlesworth have leaked featured images of these skins as well as the styles some of the skins have, which you can view below:

The Scimitar skin is featured on one of the leaked loading screens. The skin will have two styles, one with the mask and one without.

The Sandstorm skin is featured alongside the Scimitar skin in the leaked loading screen.

The Sandstorm and Scimitar skins will also have a wrap in the set. You can see the wrap below:

The set also includes a back bling and pickaxe, both of which can be seen below:

The Pug skin’s official name is “Doggo” and is featured in the Utopia week 3 loading screen. It’s likely that this skin will be the first one available in the Fortnite Item Shop.

The Doggo set includes a skin, back bling, pickaxe and a wrap. You can view these cosmetics below:

Here is what the Ruff wrap looks like on a weapon:

The Dark Vertex skin is an Xbox exclusive where players that purchase the limited time Xbox bundle will receive this free skin along with a back bling, glider and pickaxe, all of which can be seen below.

Dark Deflector Back Bling (Legendary) – Darken the course of the battle

Dark Razor (Rare) – On the verge of being too dark

What do you think of these leaked cosmetics? Which one will you buy when they are available in the Shop?