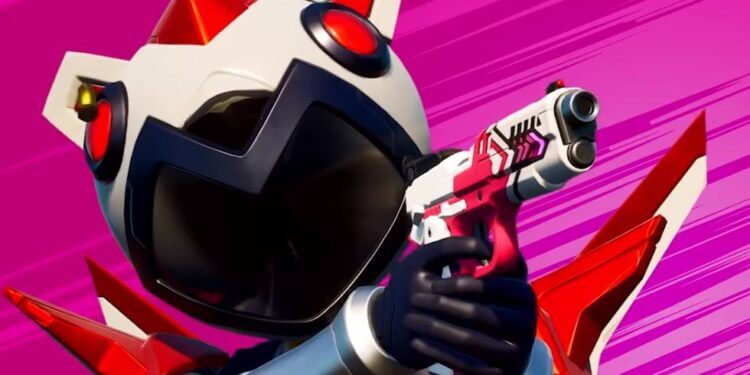 Here’s everything that’s included in the June Fortnite Crew Pack.

Yesterday, Epic Games put out a teaser for a new skin. The teaser was for the Mistborn Kelsier skin which is currently available in the item shop. It’ll likely be available to purchase for the next couple of days before it rotates out.

Here’s everything that’s included in the June Fortnite crew pack.

Every Fortnite monthly crew pack comes with 1,000 V-Bucks. The June crew pack will also provide players with the Fortnite chapter 2 season 7 Battle Pass. There’s also time for players to get three months of Spotify Premium for free. The offer is available until June 30th, but not every country will be able to redeem the offer.

The Fortnite skin for this months crew pack is Mecha Cuddle Master. Made of steel, but snuggly. In addition to the Mecha Cuddle Master skin, you’ll also receive the Psytronic Bow Back Bling, the Nuzzle Jet Pickaxe, and the Cuddle Mech Wrap.

There’s multiple styles for the skin, back bling, and pickaxe. The pink is the default style, but there’s also a white and black midnight styles and the white and red Royale style. Here’s a look at all the cosmetics in the June Fortnite Crew Pack:

You can also get a better look at the June Fortnite pack 2021 in the YouTube promo video:

You still have time to get the May Crew Pack which includes the Deimos skin and matching cosmetics along with Fortnite Save the World. You’ll have until May 31st at 8 PM ET to grab the May pack. The June Crew Pack will be given to active members just after 8 PM ET on May 31st.