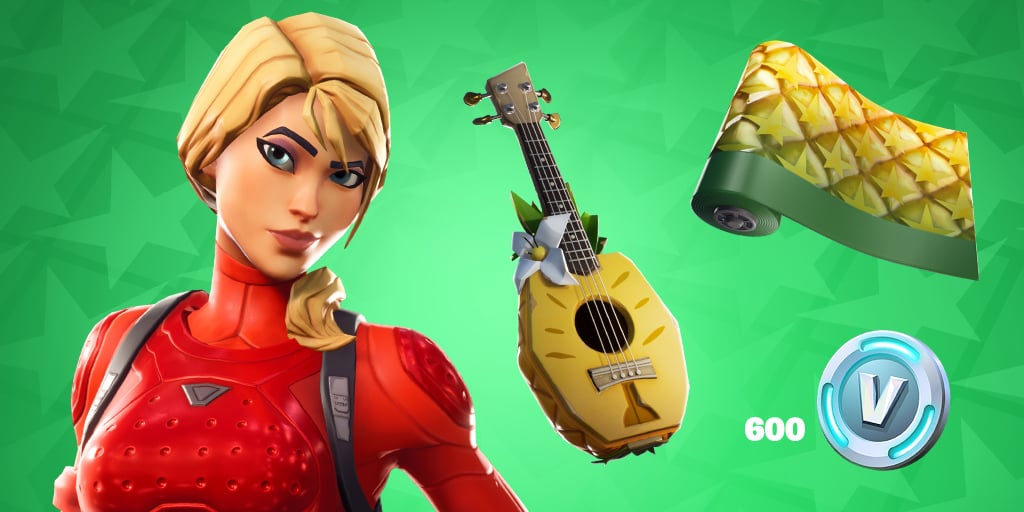 A few hours ago, Epic Games tweeted from the official Fortnite account that the pack was available, however, players were complaining they still weren’t seeing the pack available on iOS, Android and Nintendo Switch. However, it appears as though it’s now available on all platforms.

We’ve checked the store tab on Android, and received reports that the pack is available on Nintendo Switch and iOS.

As with all packs, the Laguna Starter pack is now available in the item shop, but the store tab instead. The new pack is available for £3.99 or $4.99 (USD) and includes the Laguna skin, Pineapple Strummer Back Bling, Pineapple wrap and 600 V-Bucks. Here are the images of the cosmetics:

Will you be purchasing the Laguna pack? Let us know in the comments section below.