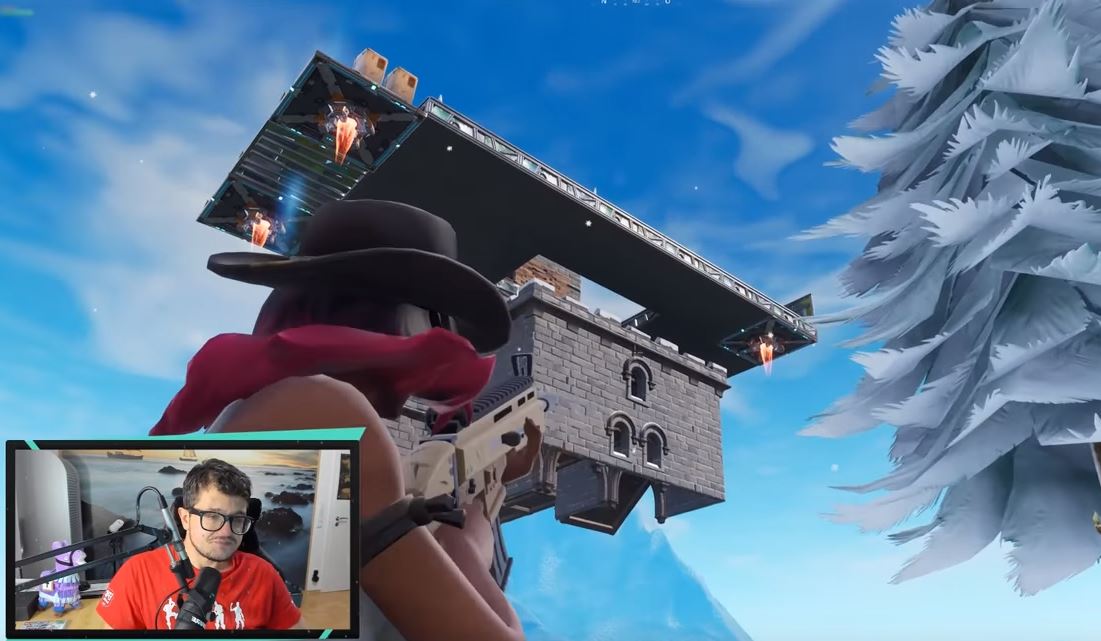 Polar Peak is a POI that was added to the Fortnite map in season 7 (v7.00). If you’ve been to this POI, you know that it is the iceberg that we saw at the end of season 6 that has crashed onto the island. Right at the peak of the iceberg, you can see see the top of what looks to be a castle and one Youtuber, StanPlay, has explored the iceberg further and has found a way into it. There are also leaks to suggest that the iceberg will melt in three different stages to unveil a hidden village.

In the video, he loads into playground mode and shows how to get into the iceberg. In order to do so, players will need to respawn a few times and use a Port-A-Fortress to get discover the village inside. You can make your way down the stairs in the castle to get to the village, which does not seem to be complete yet, however, there is loot that can be found in the different buildings. You can see the video below:

Fortnite leaker, FortTory, has managed to find files from the v7.00 update which suggest the ice/snow will melt at Polar Peak which will slowly reveal the rest of the castle and the rest of the village.

At the moment, Polar Peak isn’t a popular landing spot, as there isn’t much loot in this POI in comparison to other locations. However, this will likely change once the ice starts to melt and more loot is available. As this POI is not on the edge of the map it is potentially a new place to land instead of just landing at Titled Towers.

This will be an ongoing change to the map, and we’ll keep you updated with the latest.