Fortnite Locations: Where to find and destroy a telescope, a television and a telephone pole 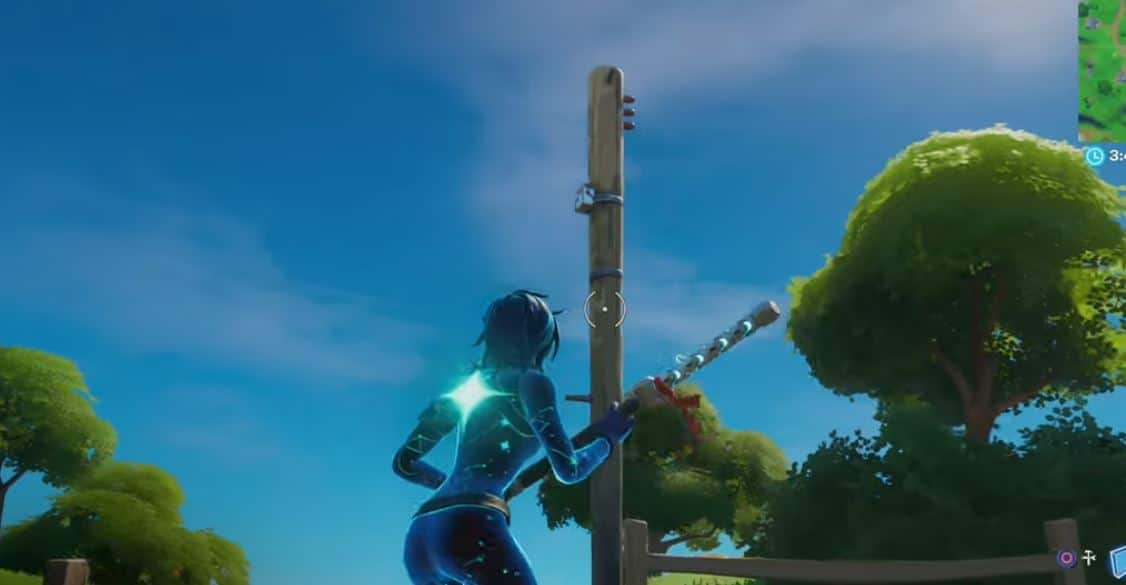 Here’s where you can find and destroy telescope, a television, and a telephone pole in Fortnite.

The Cameo Vs. Chic Fortnite Overtime challenges were released today with players being able to unlock the yellow skin style for Chic. There’s a number of challenges that require guides, and although the destroy a telescope, a television, and a telephone pole may not require a guide for most players, we’ve created a guide anyway.

Destroy a telescope, a television, and a telephone pole

You can find these objects anywhere on the map, but we’ve located the closest telescope, television, and a telephone pole close to one another in order to complete the challenge as quickly as possible.

Head north of Pleasant Park on the small separate land. You’ll find a telescope that’s located in a bush as seen below:

Here’s where you’ll find it on the map:

Head south west from the location above until you see a yellow house. In the house, you’ll find a television that you can destroy to complete that third of the challenge. Once entering the house from the back, head to the left and you’ll see the television there.

Here’s the map location of the yellow house where you’ll find the television and the telephone pole to destroy in order to complete the challenge:

If you’d like to check out all of the other guides we’ve published for the Cameo Vs. Chic Fortnite Overtime challenges, click here to see a list with a link to every guide.