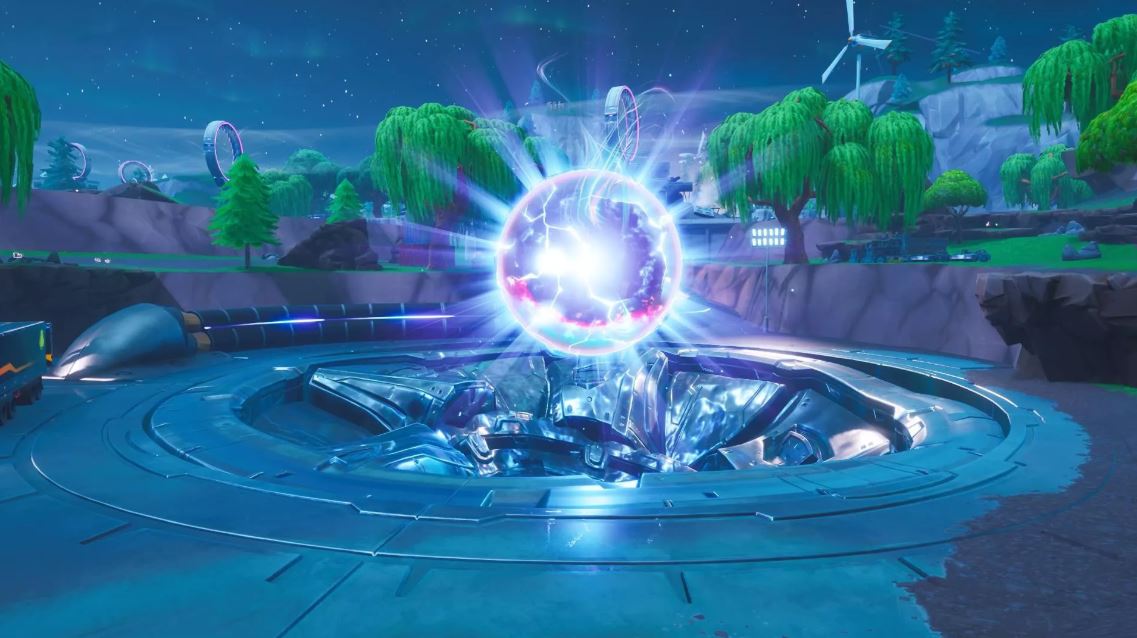 The Zeropoint orb that appeared after the Mecha vs Cattus event has now progressed a stage and is now on stage 2.

The Mecha vs Cattus Fortnite season 9 event took place last week on Saturday, 20th July. After the event concluded, which saw the mecha robot kill the cattus monster, a small POI was created on the map.

Also after the event, a Zeropoint orb was left at Loot Lake, which was on stage 1 to begin with. FortTory, a popular dataminer, leaked the three stages of the orb and according to him, the orb is now on stage 2. He has also documented how the orb has changed since the live event ended, and the most drastic change to the orb was today. Here’s the evolution of the orb:

Here’s a video clip of what the orb looks like in-game:

The Orb his current stage!

We are now in Stage 2 of the three particles I leaked. pic.twitter.com/iSOeycIyaK

There’s no information as to what the orb will do, but we won’t be getting another live event this season, so the orb will likely heavily feature in the season 10 trailer, or at least we hope.

Players are coming up with their own theories as to what the orb will do, with many suggesting that the orb will explode in the season 10 trailer, which will create a brand new map, or destruct a large part of the current map. A large number of the player base have been calling for a new map, but we’ll have to wait and see until season 10 as to whether we’ll be getting a new map.

What are your thoughts on the orb? Do you think it’ll create a new map, or do you think it’s just part of the ongoing story that Epic are creating?