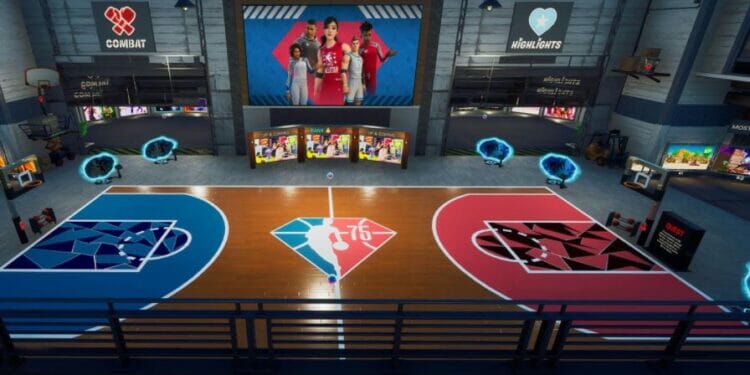 Here’s everything you need to know about the NBA 75 all star hub in Fortnite including where the NBA hub is in Fortnite, and all the challenges and rewards.

Epic Games announced another Fortnite x NBA collaboration yesterday. Previously, we had some NBA Fortnite skins added to the game along with a creative game. The new collaboration includes brand new skins and the All-Star hub.

Players will be able to vote for which NBA celebration they want turned into a future Fortnite emote. The voting takes place in the NBA 75  All-Star hub, which was created by the Atlas Creative team. You’ll also be able to shoot hoops and hang out with friends.

Players have until 10 AM ET on February 23rd 2022 to vote for the future emote in the NBA 75 All-Star hub. The indoor and outdoor basketball courts, photo booths, and lounge areas will be available until that date too, so be sure to experience the hub before it leaves.

There’s a total of three NBA 75 All-star hub Fortnite challenges, but they’re the same challenge with a different quantity. Players need to Sink Baskets at the NBA 75 All-Star Hub nine times for the first stage, eighteen times for the second, and twenty-seven times to complete all three stages.

There was an issue with the sink baskets challenge, however, it was quickly resolved with the game now tracking progressions for each basket.

If you get to stage two of the challenge, sinking eighteen baskets, players will unlock a spray. Complete all three and you’ll get 18,000 chapter 3 season 1 XP.

Here’s as look at the High Hoops uncommon spray: 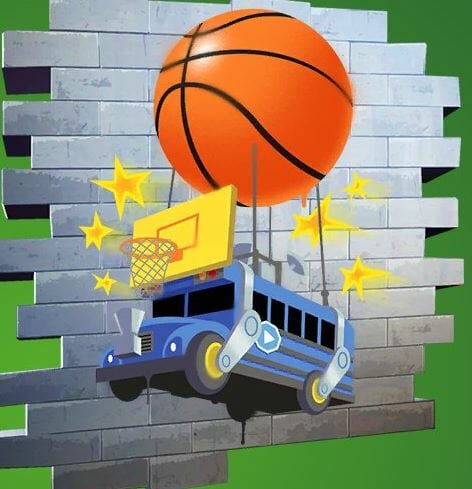 Where is the NBA Hub in Fortnite?

In order to find and enter the NBA Hub in Fortnite, players need to select the game mode above the yellow “Play” button in the lobby. In the top navigation bar, click/press on create and press play. You’ll now be in the hub.

Alternatively, go to the news tab and you’ll find Epic promoting it. Click on the yellow “explore the hub” button and press play.

As soon as you load in, you’ll be on the basketball court. Head to the racks holding the basketballs and pick one up using your interact button. You can need to use your shoot button to aim at the basket. Ensure the blue line and blue circle are just above the hoop to hit your shot. It appears as though you need to sink a shot in each basket, here’s a video to help you.