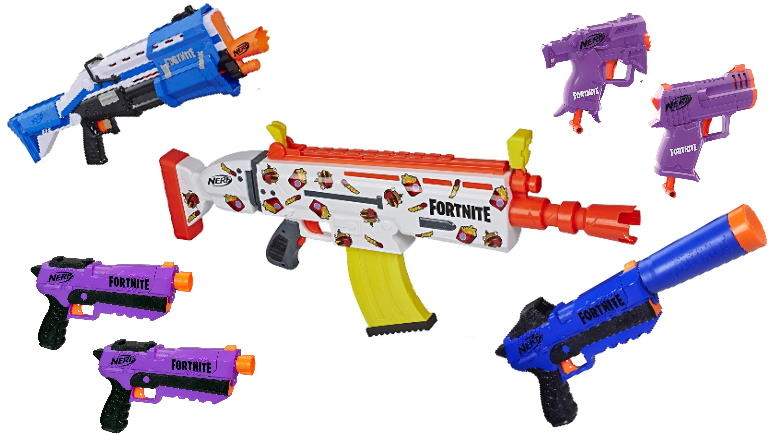 Here’s a list of all the Fortnite Nerf Guns currently available to purchase.

The first Fortnite Nerf Gun to be announced was the Assault Rifle AR-L. Replicating the look of the Scar Assault Rifle in-game, this dart-blasting gun can hold 10 darts at a time with a motorized blaster with an acceleration button to power up the motor. All versions of the AR Nerf Gun cost $49.99 USD or £39.99 in the UK. 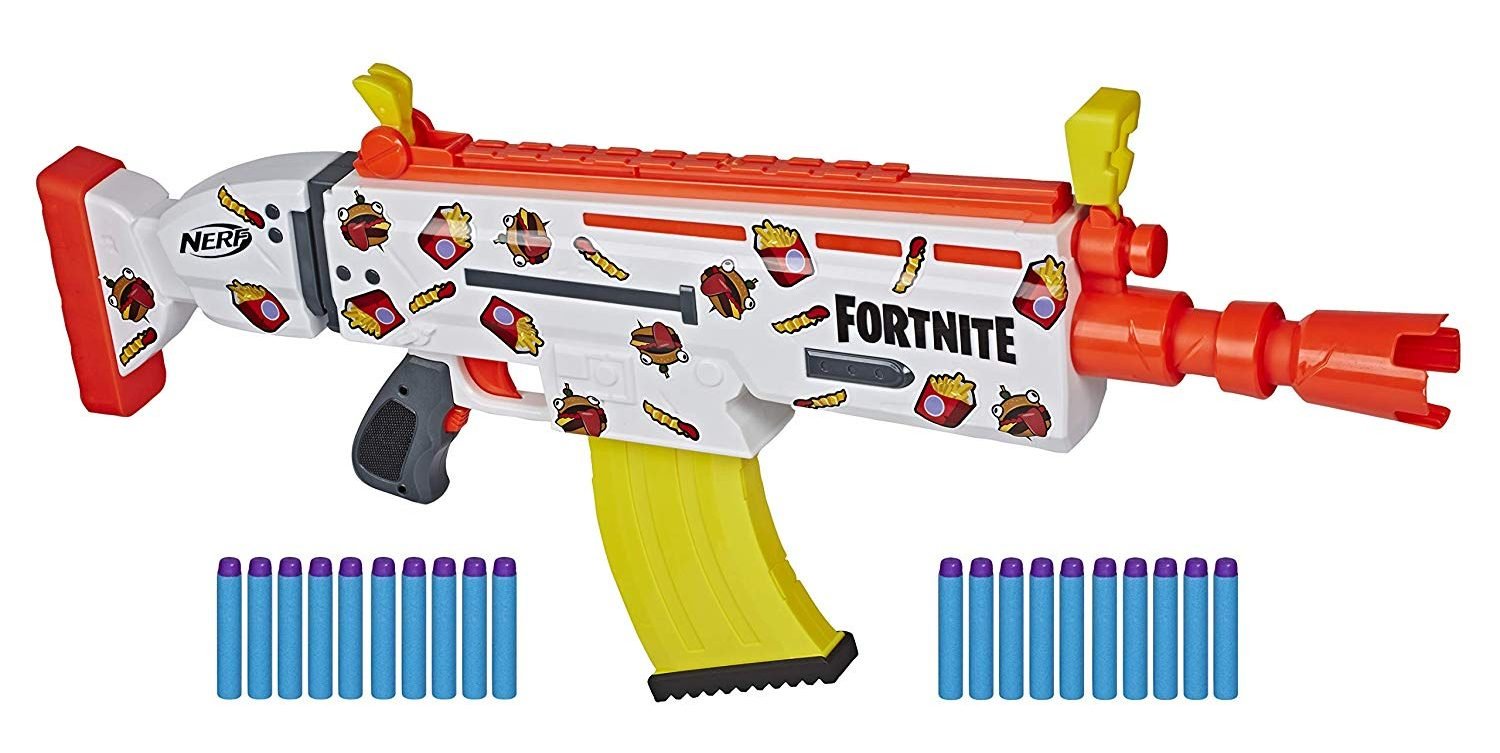 The Durrr Burger version can only be purchased from Amazon in the United States. The AR-E Version of the Nerf Gun is simply a purple version, but all the other specifications are the same as the original one. 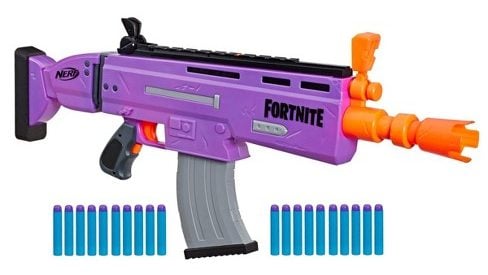 Players can also get their hands on a Nerf Fortnite Rocket Launch RL blaster. THis one fires one big foam rocket at a time and comes with two official Nerf Fortnite elite rockets. You’ll be able to pick this up for $26.99 at Target, Walmart, or Amazon. It’s also available in the UK for £29.99 on Amazon, Argos, and Smyths Toys.

The design of this is inspired by the Tactical Shotgun in Fortnite. It includes 8 foam darts and can hold 4 darts at once.

You can pick this up for just under £32 on Amazon UK and $29.99 on Amazon US which seem to sell it at the cheapest price.

The same blaster in a smaller form. Designed after the pistol in Fortnite, this dart blaster holds 3 darts at once and comes with a total of 6 darts. The barrel on this one is detachable. One of the cheapest Fortnite Nerf Guns to purchase at £16/$14.99. 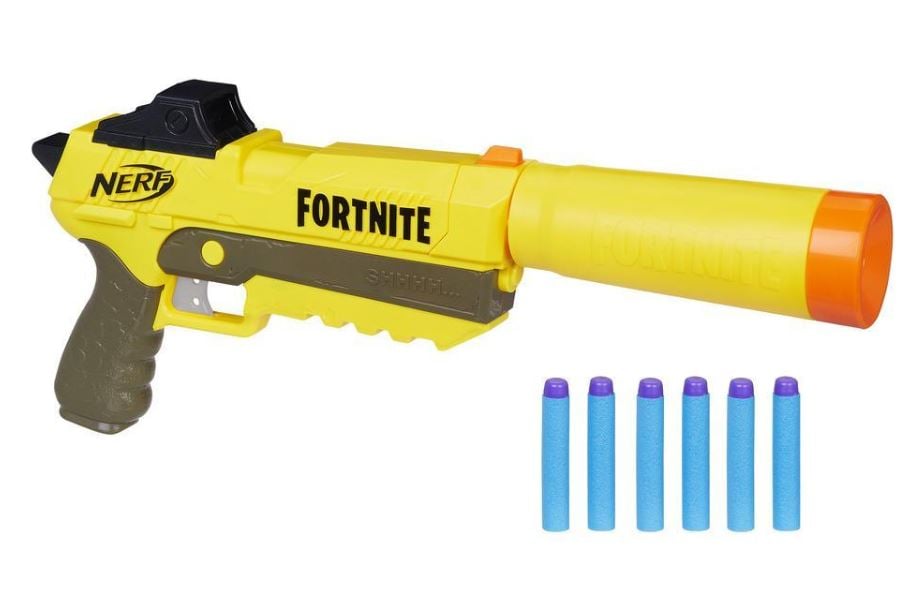 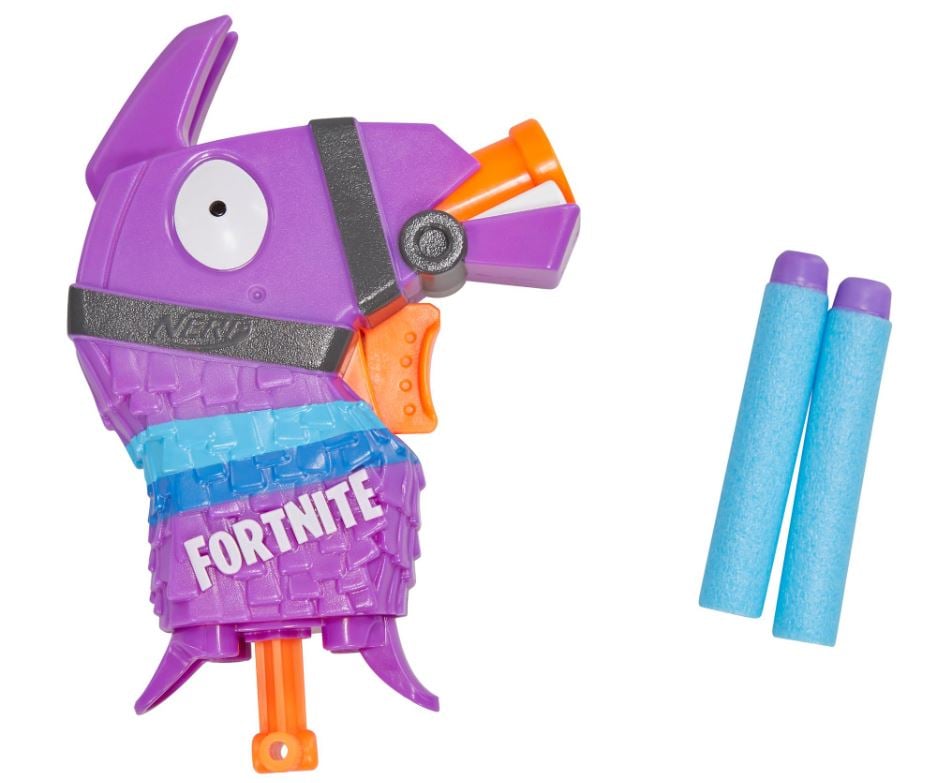