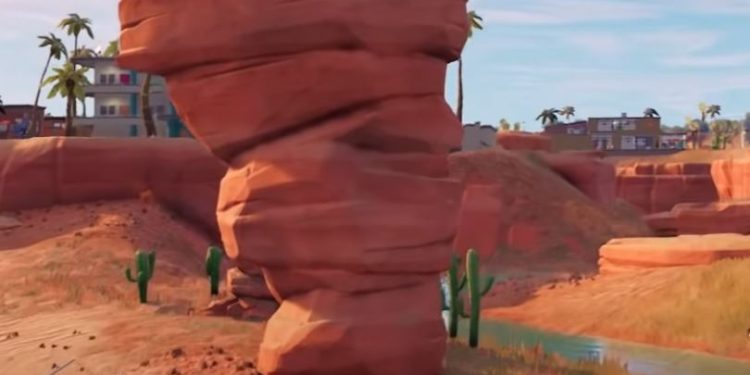 The Fortnite chapter 3 new map has been fully revealed through the Fortnite Flipped social media campaign.

We’ve been waiting more than twelve hours since the end of chapter 2 for an announcement from Epic Games as to when chapter 3 will finally begin. There’s been no word yet, but information from data-miners and PlayStation and Xbox support state that the new chapter will start today at 10 AM ET.

While waiting, players have been using the Fortnite Flipped hashtag to reveal the chapter 3 map. The new map was fully revealed a few hours ago, but there’s no name locations.

Thankfully, data-miners started looking through the new files as soon as the new update was pushed on console. They’ve already leaked some challenges and the new weapons and items, but they’ve also leaked the full Fortnite chapter 3 map with all the named locations.

Through downtime, data-miners compared new parts of the map to the chapter 1 map to see if any old POI’s would be returning. Greasy Grove, Shifty Shafts, and Wailing Woods are making a return and it looks like Tilted Towers will make a return during season 1 too.

Here’s the reveal of the full Fortnite Flipped chapter 3 map including all the named locations. There are POI’s that aren’t named, but we’ve included a list of them below the map.

Here’s the list of all the named and POI locations: