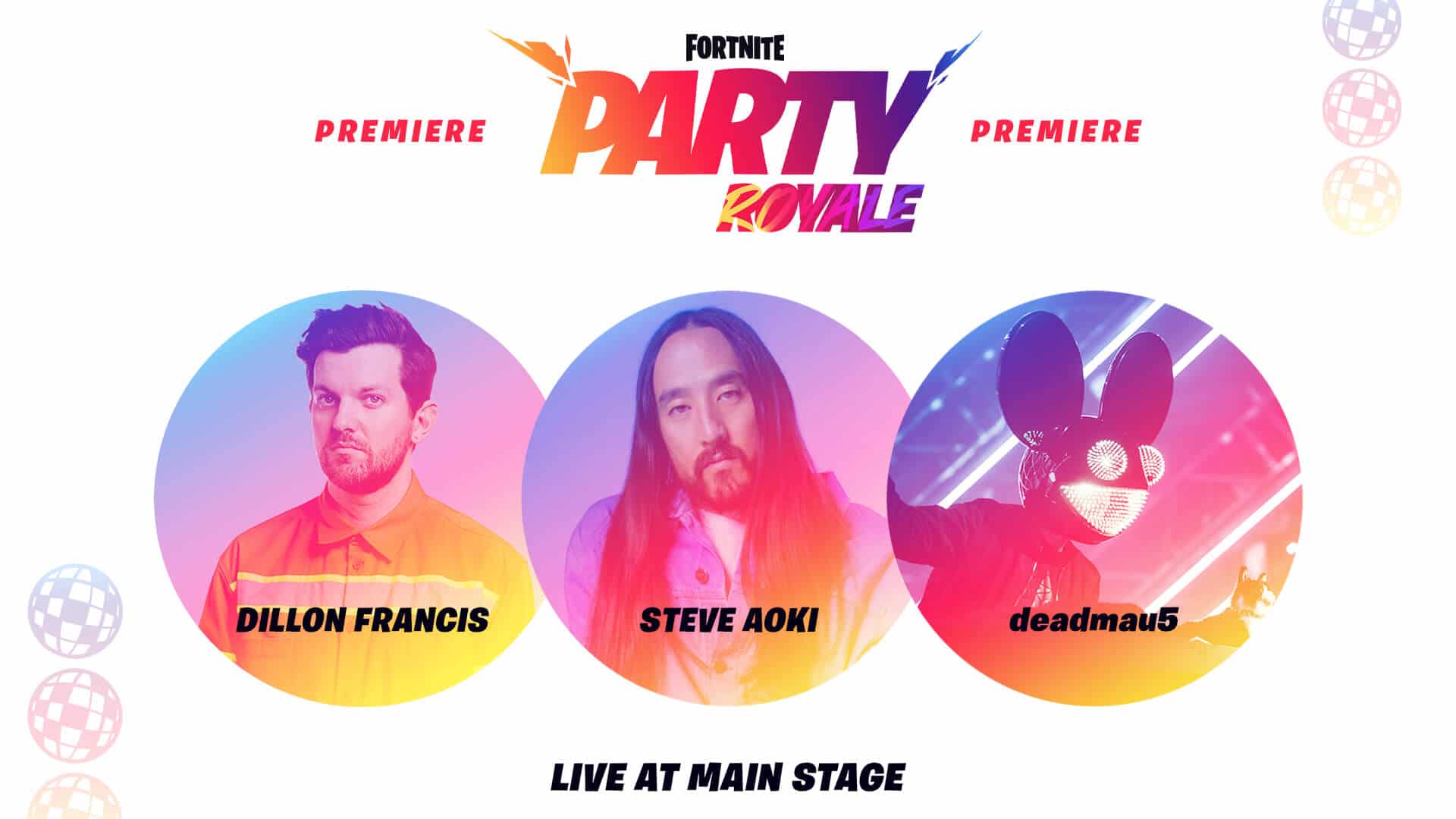 Epic Games announced Party Royale prior to the v12.50 Fortnite update releasing. An email was sent out to those in the Support-A-Creator program outlining what the update would bring. Last week on Friday, Epic did a test run with a small live event, and now they’ve announced the premiere for Fortnite Party Royale.

Not only did they announce the premiere, they’ve also announced some new figures including the amount of registered players. In the tweet announcing the Fortnite Party Royale Premiere, Epic Games stated that there are now 350 million registered players worldwide. This will likely see a larger increase now that Fortnite is available on the Google Play Store.

In April, players spent over 3.2 billion hours in game, which is likely a record for Fortnite. The amount of hours logged recently are down to almost all countries being in lock down. We could see further numbers released this month if they surpass April.

Here’s everything we know about the Party Royale premiere.

The premiere will be live on May 8th at 9PM ET. In the blog post announcing the event, Epic Games stated that you’ll be able to watch a rebroadcast on May 9th from 2 PM to 3 PM ET.

Epic have stated that beyond the main stage there’s much to do in Party Royale including take on aerial obstacle courses at Skydive rift, participate in boat races, and grab items at the plaza including the new paint launcher.

There’s also a free rewards for those that lg into Fortnite from Friday, 8th May 6 PM ET to Monday May 11th at 10 AM ET.