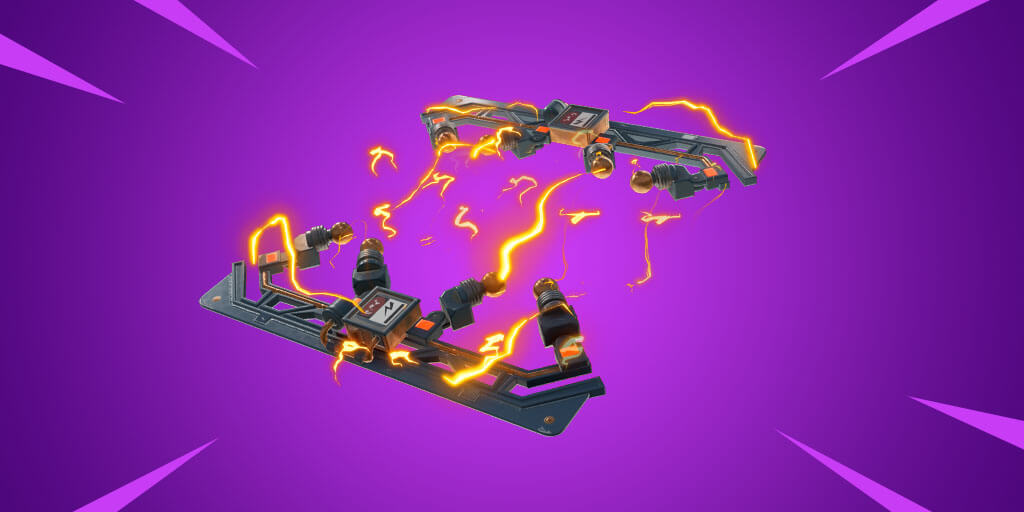 The in-game news feed updated to announce that the Zapper Trap would be coming to Fortnite Battle Royale. The v10.20 content update was later announced, which will go live in around 20 minutes with no downtime.

Along with the Zapper Trap item, we’ll be getting a brand new Rift Zone. Rift Beacons are being placed around different parts of the map, and so far we’ve seen Tilted Town, Retail Row and glitched consumables added to the game from the beacons.

A new rift beacon was placed at Fatal Fields and was activated yesterday. The week 6 loading screen that was leaked already showed us what to expect from the new rift zone, the floating island with the motel replacing the loot lake house on top of the island. Here’s the official patch notes for today’s v10.20 content update:

Zapper Trap
This electrifying item is not only shocking in its execution but also in its innovation — it creates a trap that attaches to both sides of a surface!

Flush Factory Prefab
They make toilets here. Now you can bring the toilet making business to you.

Crackshot Hits the Road, Part II!
This week, help Crackshot make his way to the Radio Station again to broadcast his Song of the Summer. Load up the van and gather your group because it’s time to Hit the Road with a new weekly quest!