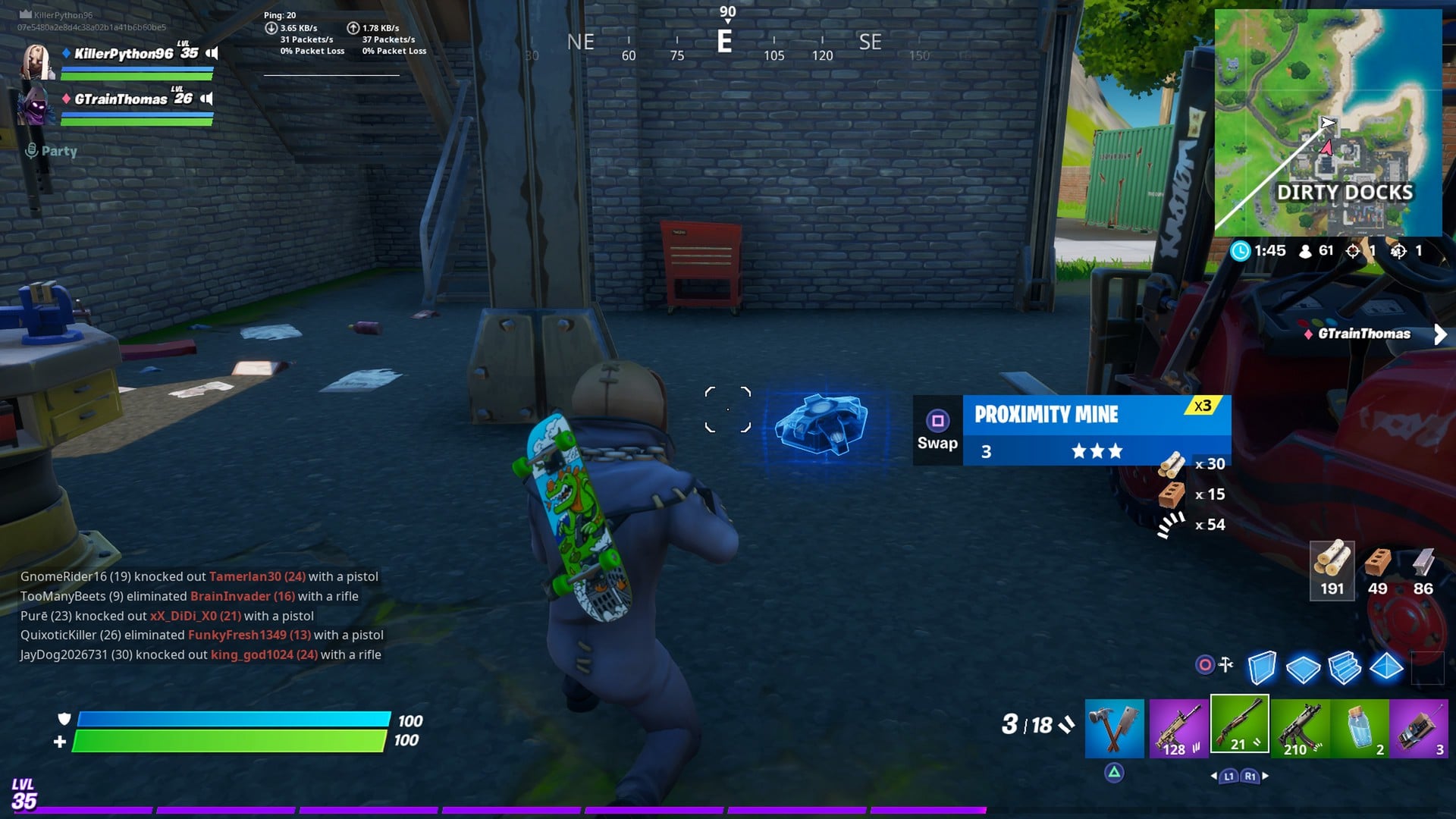 Epic Games released the v12.10 Fortnite update today but haven’t released any patch notes for the update. It looks like Epic aren’t interested in receiving any type of backlash by posting patch notes.

We’ve compiled a small list of what we’ve seen change or added in today’s update. Here’s a look at Fortnite Insiders Fortnite patch  notes for the v12.10 update.

Supply Llamas have made their return to Fortnite Battle Royale. Supply Llamas were added in the v3.30 update. They were removed with the chapter 2 season 2 update, but have been added back in today’s v12.10 Fortnute update.

Proximity Mines were added to the files in the v12.00 update but have gone live in today’s update. Players have been coming across the new item after the update and have been posting images and clips on social media.

Proximity Mines drop in stacks of 3 with a max stack size of 6. Proximity mines deal 50 damage upon automatic detonation when an enemy is close by. You’ll also be able to see a players silhouette through walls for a short period of time.

New proximity mine in 12.10 allows you to see opponent through walls from FortNiteBR

Players have already began finding tricks of how to utilize these proximity mines to be useful without automatic detonation. You can pickaxe your proximity mine which will launch it in the air. You’ll then be able to pickaxe it whilst it’s in the air and it’ll go flying in the air towards the direction you pickaxed it, and will detonate in the air. Here’s a clip:

Several bug fixes were included in today’s v12.10 Fortnite update. Bug fixes include XP coins XP not showing in the XP bar, unable to close the Fortnite map with the map input if it’s bound to a directional pad on control, weak points not registering when hitting close to them, the big haul glider variant not unlocking and more.

There’s other changes in this v12.10 update and we’ll continue to update this article, so be sure to check back to see an updates.