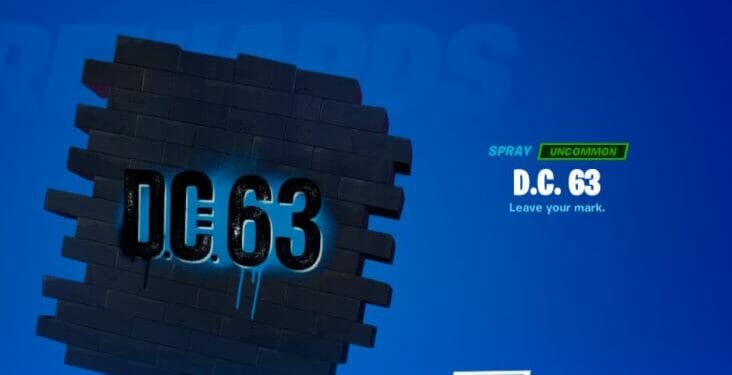 Players are logging in today to a message that they’ve received the Fortnite DC 63 Spray for free. Here’s why.

There aren’t many companies that do it better than Epic Games when it comes to giving their player base free in-game cosmetics. For every Christmas event, players get free cosmetics including skins/outfits, back blings, pickaxes, gliders, emotes and more.

During their birthday event, or some collaborations, there’s more opportunities for players to get free cosmetics. In August 2021, Epic Games provided their player base an oppotunity to learn about Dr. Martin Luther King through the March Through Time event.

The event was a result of a Epic Games and TIME studios collaboration, creating a new interactive experience to celebrate the life and work of Martin Luther King. Players could experience a re-imagined Washington, DC at the Lincoln Memorial where Dr. King gave his iconic “I have a dream” speech.

There were some simple challenges players could complete that would earn players a spray.

If you’re wondering why you got the DC 63 Fortnite spray, there’s no official reason why.

Players are also getting the “The March” March Through Time music pack for free, which is of rare rarity. The message still says “Thanks for exploring D.C. 63 even though that’s not the case.

We’re not sure if this is something that Epic Games planned to do, or is some kind of mistake on their part. Either way, everyone has a couple of free cosmetics in their locker now.