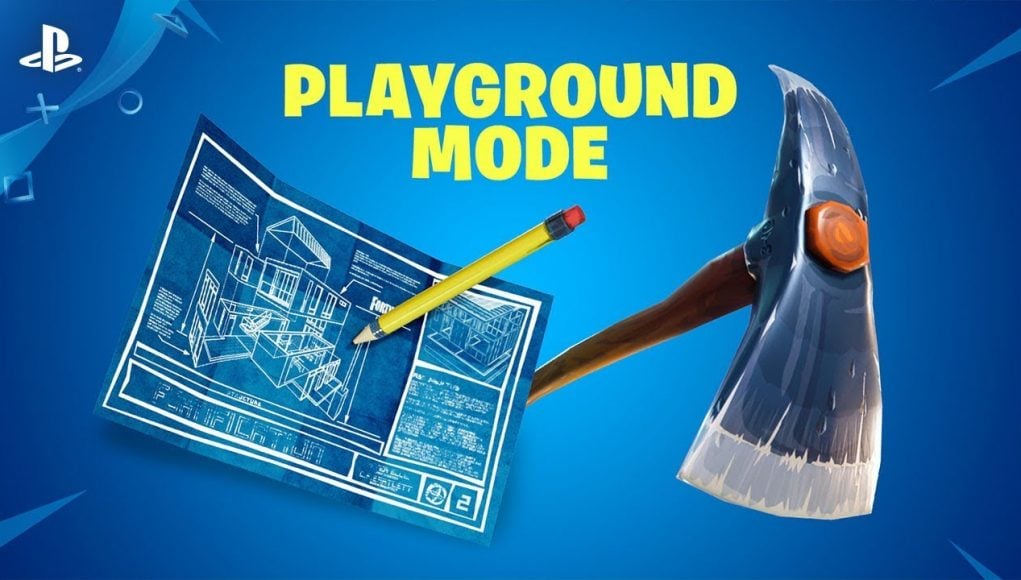 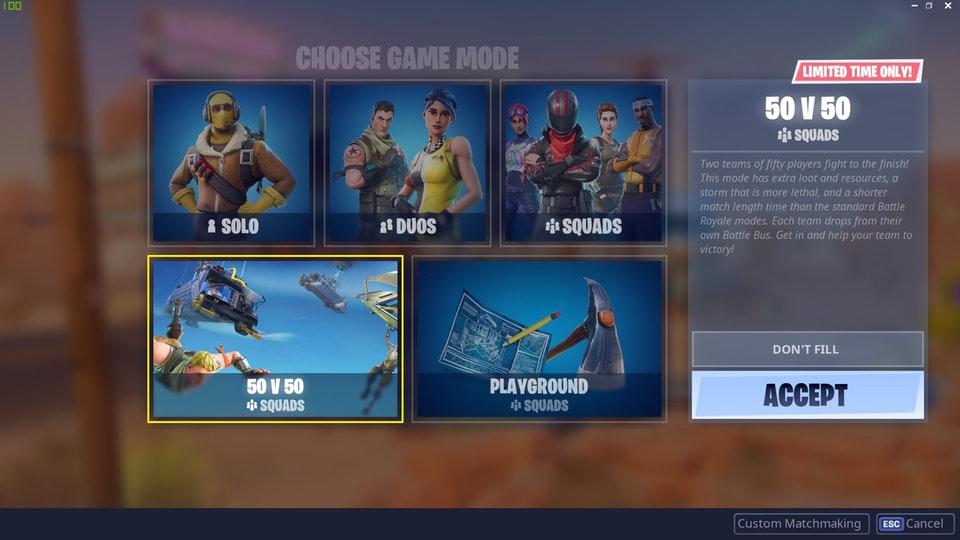 The Playground Limited Time Mode (LTM) is probably one of the most popular and requested LTMs in Fortnite. This LTM allows players to be creative and explore the Fortnite map at their own pace and test new weapons and items that have been added to the game. It also allows friends to have their own private matches with each other, but there is currently a limit of up to 4 players that can play in each match. Matches last for an hour and the Storm doesn’t start closing in until the 55 minute mark and will take 5 minutes to close.

Resources from harvesting materials has also been increased, so that time is not wasted farming and you will be able to practice your building skills without having to worry about materials. Player respawn immediately, unless they are eliminated by the Storm. All possible chests and ammo boxes are spawned, so players can familiarise themselves with where the chests/boxes could potentially be in normal Battle Royale matches. There are also 100 Llamas that are spawned around the map in the Playground mode.

Problems with first version and solutions

One of the issues that were found in the Playground LTM was that there was no aim assist on consoles. This has now been resolved and it will work against players that are on the opposing team.

Epic have introduced a respawn system in the Playground LTM, but it seems as though the 10 second delay in the respawn time was too long. It has been reduced to 3 seconds in V2.

This… is… just… pretty… cool… looking… from FortNiteBR

Here is a list of new changes that have been made to Playground V2: